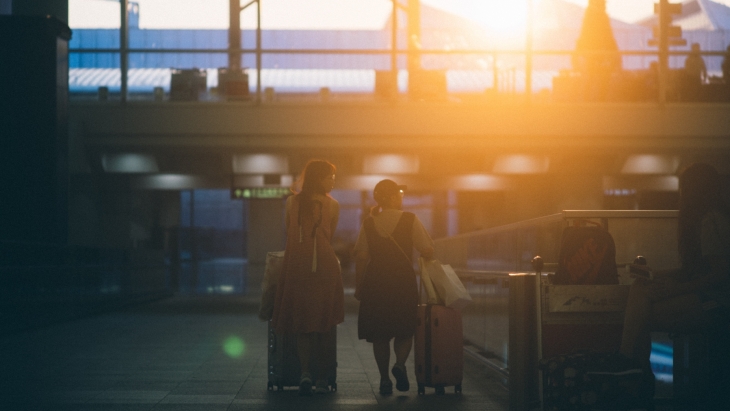 Photo by Joseph Chan on Unsplash

How key aviation players are pushing the industry for takeoff

The HKIA told Hong Kong Business that it has projects like SKYCITY to support the aviation industry’s recovery.

Whilst reports say that Hong Kong has lost its aviation hub status, key players in the city remained confident in the future of the industry. What gave Cathay Pacific, Hong Kong’s flag carrier, “great confidence for the long-term future” of the industry is the HKSAR government’s removal of the hotel quarantine arrangement for locally based aircrew and travellers.

“These adjustments will help boost sentiment for travel, thereby facilitating the gradual resumption of travel activities and strengthening of network connectivity to, from, and through the Hong Kong aviation hub,” the airlines said.

In August, the airline saw an 87.6% year-on-year increase in its total number of passengers and a 82.7% YoY jump in its revenue passenger kilometres (RPKs)

“This was particularly so for long-haul traffic from the US, Canada, and Europe,” Lam said.

Apart from the lifting of hotel quarantine measures, the airlines said the recent commencement of flight operations on the Third Runway at Hong Kong International Airport (HKIA) also gave the industry a confidence boost.

“Under the National 14th Five-Year Plan, Hong Kong has an important role to play in the overall development of the country. Notably, it reinforces the importance of strengthening the Hong Kong international aviation hub. The recent commencement of flight operations on the Third Runway at Hong Kong International Airport gives us great confidence for the long-term future of the hub,” the airlines said.

The airlines’ high hopes for Hong Kong’s aviation industry were shared by the HKIA.

“Despite the challenges posed by the pandemic, Airport Authority Hong Kong (AAHK) is confident in the long-term development of the aviation industry and the hub function of HKIA,” a spokesperson from the HKIA told Hong Kong Business.

Apart from the Three-runway System project, HKIA said it also has a myriad of development projects lined up to support the aviation industry’s recovery. These projects include SKYCITY, which houses offices, hotels, Hong Kong’s largest retail, dining, and entertainment complex.

Through these development projects, HKIA aims to raise its capacity and enhance its functionality, and eventually transform itself from a city airport to an airport city.

Whilst passenger traffic is still on its path to recovery, HKIA said it is being supported by high demand for e-commerce and transportation of medical supplies.

“The efficient air cargo community has worked together to raise the capacity to cater to the demand, so as to consolidate our leadership position in a challenging environment,” the spokesperson said.

In 2021, HKIA saw a throughput of 5 million tonnes, making it the busiest airport in cargo operations in the world.

HKIA, however, underscored that it had already seen a gradual increase in passenger traffic following the government’s relaxation of the quarantine requirements for inbound travellers.

In response to the increase, HKIA said the AAHK has begun working with its partners to prepare for the recovery of flights and passengers.

Cathay, for its part, has started a comprehensive recruitment plan to meet its operational needs over the next 18 to 24 months.

The airline announced that it will hire more than 4,000 front-line employees, including some 2,000 cabin crew.