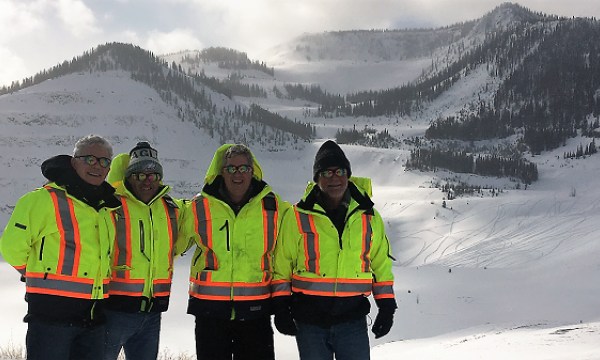 Is metallurgical coal the next big goldmine for Asian investors?

As the world undergoes a rapid urbanisation of its cities, steel is steadily cementing its status as an invaluable material for the modern world with global demand expected to surge by another 20% by 2030.

Beyond generating electricity, coal is increasingly important to the creation of steel that runs through the world’s cities. Metallurgical coal is a primary ingredient in the production and development of steel from the blast furnace. It takes roughly 800 kilograms of met coal to make one tonne of steel.

Australian-based metallurgical coal development company Montem Resources is one such company catering to the global demand for steel through its prospective properties in Alberta and British Columbia, Canada that are next to existing mines.

With over 100 years of mining experience, Montem is in strong position to grow its market share with an asset base that includes Chinook Properties, a development that contains 163Mt of high quality steelmaking coal.

The current price of hard coking coal is approximately US$180/t, and forecast prices over the next the next decade are very robust on the back of expected demand with the average realised inflation adjusted price over the past 10 years clocking in at US$180/t, according to Peter Doyle, managing director and CEO of Montem Resources.

And like much of the world’s growth, all roads are leading to Asia.

“The heartbeat of global steel production is Asia, with Asian mills producing in excess of 2/3 of global production. Metallurgical coal is an essential ingredient in steel production, and much of this coal is seaborne imports to Asia,” he said, adding that China’s broad-based industrialisation drive and developing countries like India’s infrastructure campaign is further enhancing steel’s rosy growth prospects.

In response to the region’s booming steel needs, Montem Resources is aiming to develop a regionally integrated coking coal mining complex in the Crowsnest Pass region.

“We expect to start mining in 2020 and are planning to grow our portfolio of production significantly in the future, becoming a major supplier to Asian steel mills of this essential ingredient for steel production,” added Doyle.

The company is currently undertaking its initial public offering to raise up to A$20m through the issue of 40 million shares priced at A$0.50 each. The IPO period will close on September 14 and list on the Australian Stock Exchange by September 27.