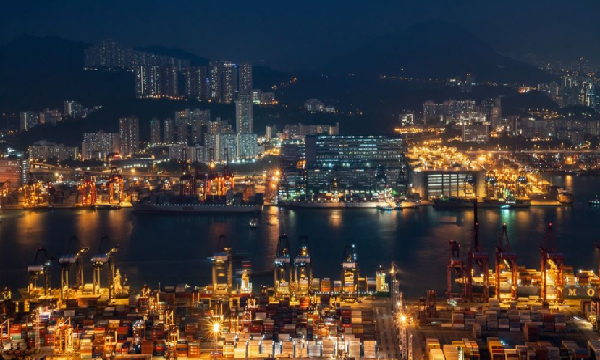 Bloomberg reported that cities have started to defeat Hong Kong’s port which used to be the one of the world’s busiest port as it was outshined by Guangzhou and Busan in 2018, with Qingdao possibly the next to exceed the SAR’s performance in 2019.

The more than 150,000 vessels that Hong Kong could fill in 2004 had been reduced to almost half whilst container traffic at its port declined every month since April 2018, causing an overall decrease of 5.4% in 2018 based on the data of the Hong Kong Maritime and Port Board. Meanwhile, other Asian ports such as Shanghai and Busan saw their container traffics increase by 4.4% and 5.8% in 2018 whilst Guangzhou recorded a 7.1% increase in the first 11 months of 2018. 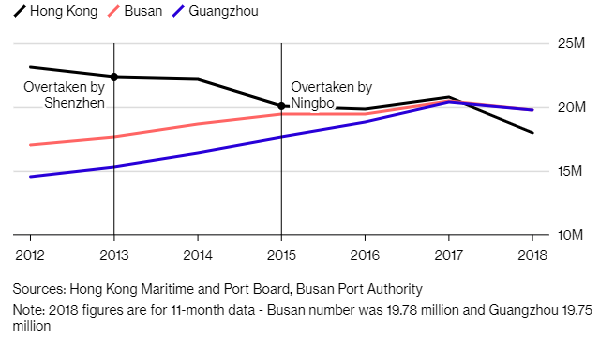 “In 2018, the port industry in Hong Kong experienced an increasing number of challenges, ranging from fierce regional competition and evolving customer needs to the U.S.-China trade war,” said Hongkong International Terminals, the city’s biggest containter-terminal operator which is freezing salaries for all staff in 2019 amidst rising competition and the US-China trade war. “Market uncertainties still cast a shadow over the coming year.”

Hong Kong’s performance decline was fueled by the expansion of facilities in Chinese ports led by Shanghai which has been the world’s busiest container port for nine years. Meanwhile, other Asian ports have at least managed to keep pace as Singapore and South Korea’s container volumes increased by 50% and 80%, respectively.

The escalation of the tradewar could uplift Hong Kong’s port should Chinese companies move more production to other countries that are closer to rival transshipment ports like Singapore or Port of Tanjung Pelepas in Malaysia.