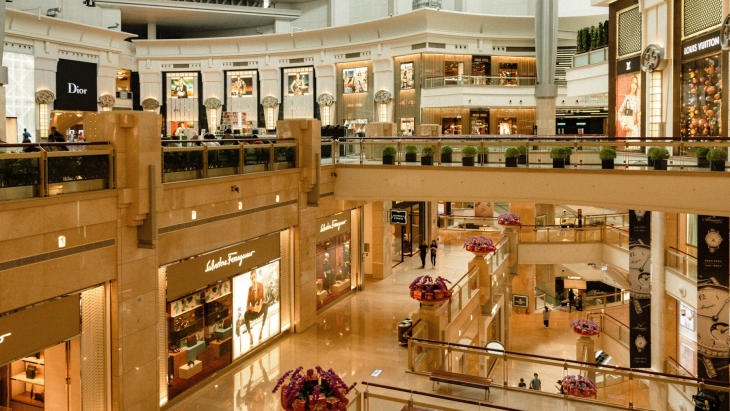 HK online sales could grow by 10% in two to three years.

Online sales accounted for 6.3% of total retail sales in 2020, according to PwC, which saw a “very modest” increase to 7.4% as of September 2021. Analysing this, a PwC executive said that Hong Kong retailers may have fallen short.

“If you look at the actual amount of online sales, we’re talking about only 7% of retail sales overall. Hong Kong retailers are still not doing that much of moving their business models into online-to-offline (O2O),” Michael Cheng, Asia Pacific, Mainland China and Hong Kong Consumer Markets Leader for PwC, told Hong Kong Business.

Although online sales in the city have the potential to reach over 10% in the next two to three years, this is still behind China’s retail industry that now has a target of over 25%. Cheng added that businesses will still rely more on brick-and-mortar stores to generate revenues more instantly even as retailers change their business models to improve their online operations.

“As the city returns to more of a business-as-usual, Hong Kong retailers will still continue to see their physical stores as the main generator of business, at the expense of online expansion,” he said.

Data from Centaline Commercial, as cited by PwC, showed that volume transactions in the industrial and commercial store market have risen by 56% and 83% year on year, respectively.

“To some extent, you cannot blame them because this is how they used to make money in the past and they believe this is the most efficient and effective way in a very short time period,” Cheng said, adding that in the long run, this will call for retailers to make a “very drastic and very determined way to change the habit of making both online and offline practical and feasible to the customers.”

The declining cases of infections have encouraged retailers to set up shop in physical spaces after a challenging 2020 and 2021 when the vacancy rate of street shops recorded a rate of over 10%.

“They are playing around with more pop-up stores. And they're also looking at how they can work with the shopping malls and the retail property players in creating those new experiences, so that, I think, is definitely something we will continue to see in 2022,” Bailey said.

Herbert Yum Research Manager at Euromonitor International added that as Hong Kong continues to return to normal, retailers will likely allocate more budget on both experience and pop-up stores.

In its Voice of Consumer Survey: Lifestyle 2021 report, Euromonitor found that 62.1% of consumers in Hong Kong either strongly agree or agree that they would shop in-store to create experiences. Some 46.4% have also agreed that it is important to spend money on experiences.

“It is expected such consumer sentiment will continue in 2022, hence retailers would need to rethink how they could enhance both online and offline shopping experience to better capture the consumer spendings,” Yum noted.

PwC’s Cheng, meanwhile, said that pop-up stores in Hong Kong have emerged as retailers have responded not just to the pandemic, but also to the impact of social unrest in the city back in 2019.

“We definitely see the risk in having very large stores concentrated in major shopping centres. That's why you will see a lot of brands moving out of the main shopping hubs,” Cheng said, adding that retailers will likely move towards smaller stores, like pop-ups, where rents are lower and leases are relatively short.

KPMG, likewise, projects the Hong Kong retail industry will see an uptick in 2022 as travel expectations remain despite the emergence of new COVID-19 variants.

But for KPMG Head of Consumer & Retail for Asia Pacific Anson Bailey,  said traditional retailers that are looking at setting up their online platforms will particularly become 2022’s “big winner.”

His retail clients in Asia, for instance, have seen the share of online sales double or even triple from what used to be only around 5% to-10%. And in this light, he expects that retailers will manage to sustain their e-commerce momentum.

“We're going to continue to see the new norm; and as I said, it's also going to come down to convenience as consumers now realise that online can be very quick and convenient,” he said.

“Of course, people still want deep, immersive in-store experience. And I, absolutely, think that is going to be very, very important. But they're going to want to have this omnichannel solution where potentially it is offline, but significantly, it is going to be online as well.”

Rise of the Gen Zs

On the consumer side, the two age groups that retailers need to keep their eyes on are the Millennials and the Generation-Zs, not just because they are more tech-savvy, but also because of their higher-income coupled with their willingness to spend. Euromonitor noted brands need to develop agile and user-friendly online marketing and retailing channels to better tap into these consumer groups.

Based on KMPG China’s estimates there are around 300 million millennial consumers in China and roughly the same number of Gen Z, who could be going online as well.

“They're really into social media, they love live streaming. And equally, they are also looking at you through a new lens as they strongly believe in everything around purpose areas, such as ESG (Environmental, Social, and Governance),” Bailey said.

Retailers, he advised, need to be ready to deal with this consumer group, particularly Gen Z, who have a far greater focus on the health and wellness of consumers and the planet in terms of selecting their products.

“These new Gen Z consumers are very digitally minded, tech-savvy, and very media savvy. And they're also far more socially aware. So, they're now asking a lot of questions about brands, and challenging the brands as well,” he said.

“I don't think they have any issue with calling out those brands.”

In its Retail’s Realignment report, conducted with GS1 HK and HSBC, KPMG found that 46% of businesses are looking at developing a new strategy in the next two years to capture Gen Z, 27% have already adopted a strategy, whilst another 27% remain uncertain.

Retail in the year ahead

The 2022 retail sales outlook will depend largely on the reopening of the border between mainland China and Hong Kong. PwC’s Cheng noted that if the border reopens in the third quarter of the year onward, retail could increase by at least 10% to 15%, compared to 2021. But, if the border remains closed, Cheng noted, that retail will likely see a “very limited increase” between 2021 and 2022.

Hong Kong’s retail sector was supported by the improved sentiment of local consumers as well as the easing of restrictions imposed on restaurants and food and beverage retailers. The government’s $5,000 consumption voucher scheme also stimulated consumer spending. Using the baseline population of about 7 million, Cheng estimates the vouchers cost the government some $35b, which is almost equivalent to 10% of annual retail sales.

However, Cheng said the entire amount may not have gone to Hong Kong’s retail market, as the HK$5,000 voucher was likely used to purchase daily consumer goods. “It will only partly contribute to additional spending, as most consumers are treating this as a separate payment option, rather than an incentive to increase spending on high-value items like a luxury,” he said, noting that by his rough estimates only half of the HK$35b fell to Hong Kong’s retail market.

In a report, Euromonitor International forecast that retail sales in Hong Kong could reach $518b in 2022. According to its Retailing 2022 report, the double-digit growth will be driven by the expected recovery of tourists in the second half of the year as well as the strong advertising and marketing campaigns of retailers to stimulate domestic consumption.

Moreover, retail sales growth will also benefit from the rapidly growing e-commerce and online marketing campaign that will likely continue in 2022.

Euromonitor International’s Yum expects the retail sector will continue to rethink its retail focus in terms of online or offline, as borders are expected to reopen and bring in more tourists.

“Once the tourism flow returns, the investment would need to, once again, flow back to store-based retailing,” Yum said.

“This does not necessarily mean that the pre-COVID style of store-based retailing would return, instead, how retailers and brand owners could add additional functions or experiences through physical and digital enhancement in physical space, combined with the e-shops and online retail strategy, would be the key challenge to them in 2022.”