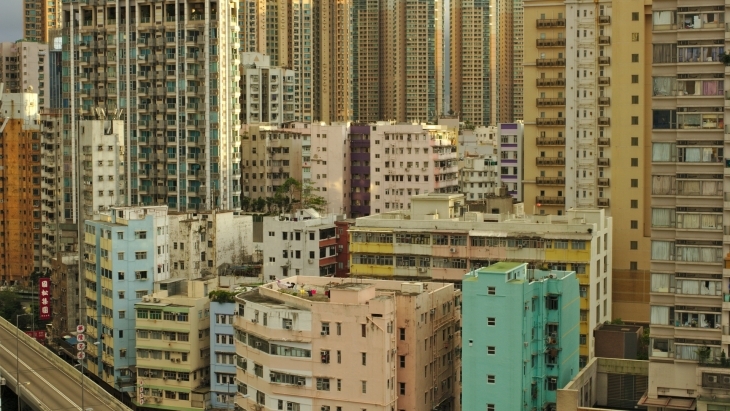 Photo by Chromatograph on Unsplash

Home size adjustment will be unlikely in the city after the waiting time for public housing hit a record-high.

Hong Kong’s poorest families hoping to live in more spacious houses can bid their dreams goodbye because the per capita living space issue in the city will not be resolved anytime soon, especially after the average waiting time for public housing was extended to a record-breaking 6.1 years by end of March.

Waiting time is defined by the Housing Authority as the “time taken between registration for PRH and first flat offer, excluding any frozen period during the application period.” The 6.1 years was the longest average waiting time in 23 years, according to JLL. By June, however, waiting time was slightly reduced by 0.1 to 6 years.

“As the government has pointed out, the current per capita living space in Hong Kong is smaller than our adjacent cities. Without providing more public rental housing, it cannot effectively solve the per capita living space issue,” said Martin Wong, Director and Head of Research & Consultancy, Greater China at Knight Frank, told Hong Kong Business.

In 2021, the average living space of public rental housing (PRH) tenants in Hong Kong was 13.1 square metres per person, which is almost the size of a jail cell.

Given the current pace of turnover in public housing, Wong added that the waiting time could even get close to seven years within five years.

This was echoed by JLL in its report, saying that if the pace of new application volume will continue, “the number of pending applications will accumulate further and the average waiting time for PRH lengthen.”

As of March 2022, there are 147,500 outstanding applications for PRH, and the annual average production of PRH in the coming five years is 12,400 units.

JLL added that based on the Transport and Housing Bureau projection, only one-third of the government's one-year supply target or 105,000 public flats will be completed by 2026 or 2027, which will still not be enough to house the current 147,500 applicants for PRH.

By the end of June, general applications for PRH had hit 144 200, whilst there are 98 400 non-elderly one-person applications under the Quota and Points System.

To shorten the waiting time, Wong said some private developers have been actively providing land to develop subsidised flats, whilst the government has been investigating ways to provide more public housing like land sharing pilot scheme for agricultural land development and transitional housing development.

Transitional homes are built to accommodate low-income families who were not or have yet to be granted public housing.

By boosting the supply of transitional housing, Norry Lee, Senior Director of Projects Strategy and Consultancy Department at JLL, said the shortage of RPH can be relieved.

Nelson Wong, Head of Research at JLL in Greater China, echoed Lee, saying that by placing residents in transitional housing, they could at least be free from staying in “old and dilapidated units, sub-divided rooms or accommodations in industrial buildings,” which bear “undue safety and security risks.”

As of April 2022, the government said it has enough land to build 19,000 transitional housing units. Of the total, 4,100 are scheduled to be completed in 2022. Amongst transitional projects recently completed was the '1 Cheong Sun,’ which offered 205 units.

Measures like transitional housing, however, “would take some time to implement,” according to Wong and would only shorten the waiting period, but not address the lack of public housing.

On the flip side, Wong said the government has been “spending more effort in developing subsidised flats,” which can reduce the waiting time, though not in the short term.