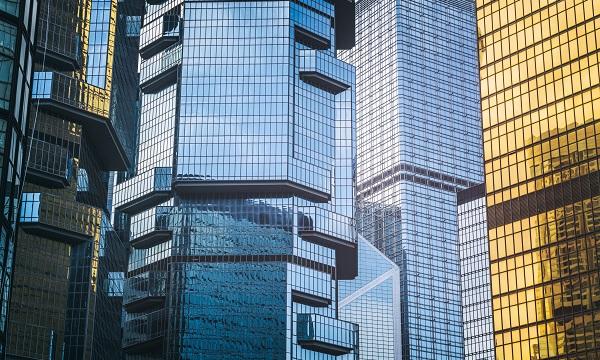 All 11 applications for interim measures in HKIAC have so far come from law firms.

Deacons has maintained its position as the biggest law firm in the city, ramping up its lawyer count by 19% YoY to 275 in Hong Kong Business’ 2019 legal firm rankings. Right behind it is Mayer Brown with 214, and in third place is King & Wood Mallesons with 202 legal professionals. Rounding out the top five is Linklaters with 197 lawyers and Baker McKenzie with 170, both posting slight increase in staff from last year. As a whole, the total headcount of Hong Kong’s 25 largest law firms rose 2.86% to 2,514 legal professionals. Cross-border dispute resolution is a fast growing area of law in Hong Kong.

According to data from the Hong Kong Trade Development Council (HKTDC), 521 cases have been carried out in the Hong Kong International Arbitration Centre (HKIAC), including 265 arbitration cases and 21 mediation disputes in 2018. The total amount in dispute for the cases that have been administered has hit about $52.2b. The most involved sectors in HKIAC seated arbitrations were from international trade, which took up 29.6% of the total. It is followed  by the corporate sector with 18.6%, and maritime holding 15.1% of the total. Construction (13.7%)  and banking and financial services (11.9%) round out the total.

Amongst these arbitration cases, majority or 190 are international in scope, with Mainland Chinese parties amongst the most frequent users of their service. A spokesperson from HKIAC told Hong Kong Business that 40% of its arbitration caseload consistently involved Mainland Chinese parties, with 7-15% of it coming from state-owned entities. Singapore, the British Virgin Islands, Cayman Islands, the US, South Korea, Vietnam, Macao and Malaysia  were also noted as the most frequent source of users of its services.

“Hong Kong has a special role as the connecting jurisdiction for dispute resolution between parties from mainland China and the rest of the world. It is the go-to jurisdiction for Sino-foreign disputes,” the spokesperson said.

It doesn’t seem like it would stop there. In April, the Hong Kong government and the Supreme People’s Court of China signed an arrangement that took effect in October 2019, which would allow any party involved in arbitration proceedings in Hong Kong to apply for interim measures in Mainland Chinese courts — which includes preservation of assets, evidence and conduct — before or after the arbitral institution accepts a Notice of Arbitration, and vice- ersa. According to a news release by the HKIAC, the interim measures available in Hong Kong include maintaining or restoring the status quo whilst waiting for the resolution of the dispute, preventing actions that may cause harm or prejudice to the arbitral process, preserving assets and relevant evidence to the dispute resolution.

According to HKIAC, the arrangement is bound to create a new source of work for law firms: as it compels more parties to pick Hong Kong as a seat of arbitrations involving parties in the Mainland, it will bring more work to law firms that participate in Hong Kong seated arbitrations.

“Given that the Arrangement has only been in force for approximately two months, a party that intends to apply for interim relief under the Arrangement is likely to seek legal advice from a law firm,” they said. HKIAC noted that all 11 of the applications related to the interim measures they have so far received as of 13 December came from law firms on behalf of parties.

HFW partner Ben Bury said that the move will also provide arbitration practitioners in the city opportunities to assist lawyers from the Mainland who are acting for clients involved in the interim measures in the Mainland courts in support of Hong Kong arbitrations.

Bury added that international law firms, in particular, stand to benefit from this development, considering how their Hong Kong lawyers provide legal services to clients across the globe, including those who have disputes with parties who hold assets in the Mainland. For HFW, over half of their lawyers practice in arbitration.

In general, the firm expects to see a rise in institutional arbitrations in Hong Kong brought by this arrangement. “These measures are unique to Hong Kong and makes the city an even more attractive place for parties to resolve disputes against parties with assets in Mainland China,” he said.

Level the playing field
Parties seeking dispute resolution will also gain from this arrangement. Bury said that although arbitrations in the city enjoy a special status before the Mainland courts, how frequently that parties that seek out to enforce awards in the Mainland are unable to recover — either because the debtor moved or disposed of its assets — is not known.

With that, the interim measures could improve their odds of recovering those funds from debtors with assets in the PRC.

“Prior to the new arrangement coming into effect, clients who wanted to be able to obtain interim measures in the PRC were required to have the arbitration seated in the PRC and administered by a PRC arbitration institution with whom they were not always familiar,” Simmons & Simmons partner Amanda Lees said.

Lees especially noted that the availability of the interim measures is particularly critical for financial institutions, which will make Hong Kong seated arbitrations more attractive for them. Room for improvement Hong Kong is considered to be a leading centre of dispute resolution.

According to a survey by Queen Mary University’s School of International Arbitration in London and New York-based law firm White & Case, the city emerged as the fourth most preferred seat of arbitration. The city’s Arbitration Ordinance is already viewed to be amongst the most advanced arbitration statutes globally. HKTDC stated that arbitration awards made in the city are enforceable on most trading economies, including on Mainland China since the arrangement on mutual recognition and enforcement of awards between them established in 2000.

“Hong Kong has long had a pro-arbitration legal framework implemented through its up to date and internationally recognised legislation, its specialist and international judiciary, and its experienced legal experts and institutions, such as HKIAC, who have contributed to the development of international best practice in Hong Kong,” HKIAC said.

If there is anything that city’s arbitration and mediation landscape can improve on, HFW partner Peter Murphy believes that its industry could do more to explain their unique advantage to both local and international markets. “[No] jurisdiction can rest on its laurels, but Hong Kong is first among equals in Asian dispute resolution and our city should be proud of that,” he said.

HKIAC asserts that the city ought to continue doing its work, bringing stakeholders from the private sector, the government, and the judiciary together so it can keep its crown as a leading centre of dispute resolution. “The main activity required is to ensure users across the globe are aware of its strengths,” they said.

The city’s dispute resolution landscape has gone through changes over the past few years. In June 2017, Hong Kong amended its Arbitration Ordinance so it could legalise third-party funding of arbitration and resolution. HKTDC said that this will lighten the costs of bringing or defending a claim by claimants, as a result, spreading out their risks.

In 2018, the amendments related to intellectual property arbitration took effect, which attracted parties both locally and internationally to resolve their intellectual property rights (IPR) disputes by arbitration in the city. Online dispute resolutions have also garnered greater demand, with the city setting up an online dispute resolution platform called “eBRAM.hk” to be launched by end-2019.

According to data from HKTDC, 924 local solicitor firms and 87 foreign law firms had set up in Hong Kong, including over half of the Global 100 law firms with a presence in the city, as of end-June 2019. Thirty-nine foreign registered law firms, including Mainland law firms, have formed associations with local firms over the same period. The city’s exports of legal services jumped 16.0% YoY to $2.9b (US$374m) in 2017.