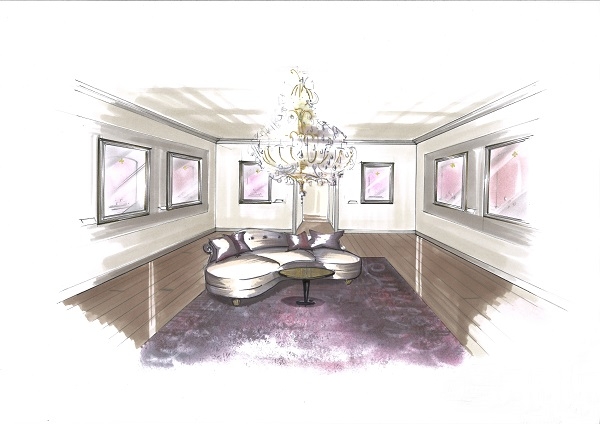 It will run from 28 September to 13 October.

After 2012 in Dubai, 2013 in Munich, 2015 in London and 2017 in New York, Singapore has now been chosen by Patek Philippe as the venue for the fifth exhibition that offers in-depth insights into its universe and its creations. From Saturday, September 28 until Sunday, October 13, 2019, collectors, aficionados of watchmaking artistry and the general public can immerse themselves in the world of Patek Philippe as if they were personally visiting the historic salons on Rue du Rhône in Geneva, the manufacture in Plan-les-Ouates, or the Patek Philippe Museum. It is a unique opportunity to cast a backstage glance at the last independent family-owned Genevan watchmaking company.

Taking place during the Singapore Bicentennial year, the Grand Exhibition underlines the importance of Singapore and Southeast Asia for Patek Philippe. These markets are not only significant when it comes to the numbers of collectors and enthusiasts based in the region, they also play a major role in building appreciation for the work of fine mechanical watchmaking. This is why Thierry Stern, president of Patek Philippe, and his father, honorary president Philippe Stern, place so much emphasis on hosting this grand exhibition in Singapore and making sure it is an event of extraordinary proportions. It will showcase the launch of limited special-edition watches and an important collection of rare handcrafts timepieces that are inspired by the mix of cultural and artistic expressions of Southeast Asia and Singapore.

The world of Patek Philippe recreated in ten themed rooms in an exhibition of over 1800 square meters
“Watch Art Grand Exhibition Singapore 2019” is open to the public and admission is free. It is being hosted at the Marina Bay Sands Theater in Singapore, and is the venue’s first event of this nature. The 1800-square-meter exhibition is subdivided into ten themed rooms, each with its own distinctive ambiance. Visitors can watch a movie portraying Patek Philippe’s history, admire the manufacture’s complete current collection, and immerse themselves in a unique selection of complicated watches as well as a stunning range of movements. Live on site, watchmakers and artisans demonstrate their skills, offering visitors insights into horological artistry and the finesse mastered by specialist artisans such as enamel painters whose guild has been associated with watchmaking for centuries. After completing the tour, visitors have the opportunity to relax in the Patek Philippe lounge café. A specially themed Singapore 200th Anniversary room will present selected timepieces and milestones of Patek Philippe’s history together with key milestones of Singapore’s rich history since Sir Stamford Raffles’ arrival in there.

Select exhibits from the Patek Philippe Museum
With its 2019 exhibition in Singapore, Patek Philippe wants to give the audience an opportunity to discover an important selection of exhibits from the Patek Philippe Museum, among them
some extremely rare ones. This is the first time that so many timekeeping instruments of the distinguished museum in Geneva will be exhibited in Singapore. The museum section is
divided into two departments, as is the case in Geneva. The “Antique Collection” provides a wonderful historic panorama of the history of watchmaking with some of the very first portable
timepieces from the mid-16th century, richly enameled pocket watches, musical automata, and technical timepieces crafted by Europe’s most gifted watchmakers. The “Patek Philippe
Collection” offers a selection of the manufacture’s most splendid creations from 1839 to the present day. Notable among them are the royal watches (particularly a piece presented to
Queen Victoria in 1851 during the Great Exhibition at the London Crystal Palace), the first Swiss wristwatch (1868), and some of the most famous Patek Philippe “supercomplications”.