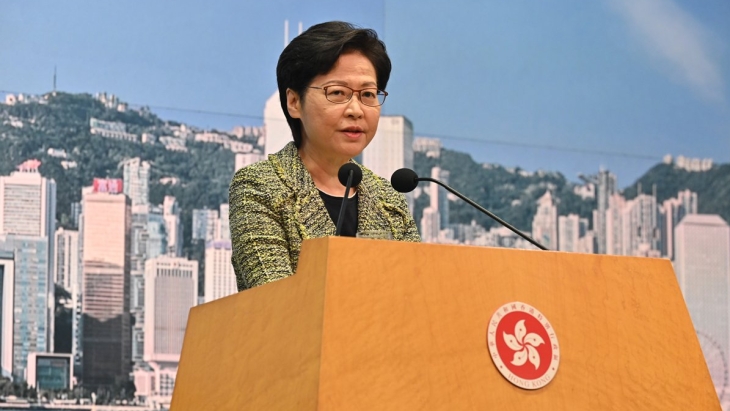 Of this number, 75,300 was due to the net outflow of Hong Kong residents.

“My stance has always been that Hong Kong people have freedom of movement, they have a free mind,” the Chief Executive said at a media session.

“They could decide where to go and when to leave Hong Kong or come back to Hong Kong, particularly for families with young children who may want children to have another form of education.”

In addition, she said the government received more than 100 nominations for the Global STEM Professorship Scheme.

“I am pretty optimistic that with our fundamental strengths and the opportunities available upon integrating into the Mainland development, particularly the Guangdong-Hong Kong-Macao Greater Bay Area, we will be able to recruit more talents,” she said.