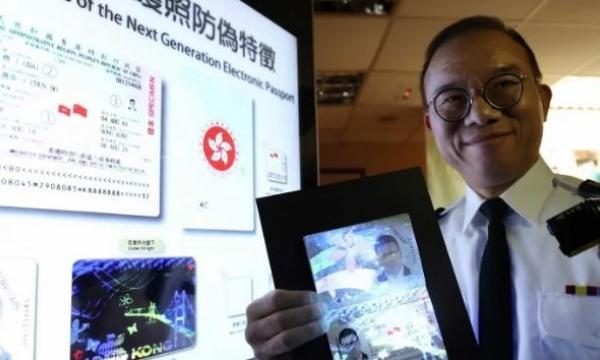 The travel document will feature designs only visible in ultraviolet light.

The Immigration Department is set to issue a new passport featuring a series of security upgrades and creative designs that will replace the one issued since 2007, reports South China Morning Post.

Retaining the booklet’s blue cover, the biodata page will be made of polycarbonate and will contain a laser-engraved portrait photo located under a transparent layer which is the same technology adopted for the new Hong Kong ID cards rolled out in December 2018.

“The technology has been updated, and new-generation tactile relief features, including new full-colour UV printing, can strengthen the Hong Kong passport’s security, integrity and worldwide interoperability,” Director of Immigration Erick Tsang Kwok-wai was quoted in SCMP.

The new passport will also feature new designs that can glow under ultraviolet light including national flag. Visa pages will come in various flower prints, and a special feature brings out the city’s skyline on each page when put under UV light. Performing a fanning action on the passport’s open side will display the word “Hong Kong” in Chinese characters and the letters “HK” when page edges are viewed at a certain angle. When the edges are seen from the opposite direction, a picture of the Tsing Ma Bridge will appear.

The new passport will be valid for ten years for those aged 16 and above, and five years for children under 16. Application fees are $370 for a 32-page version and $460 for a 48-page one.