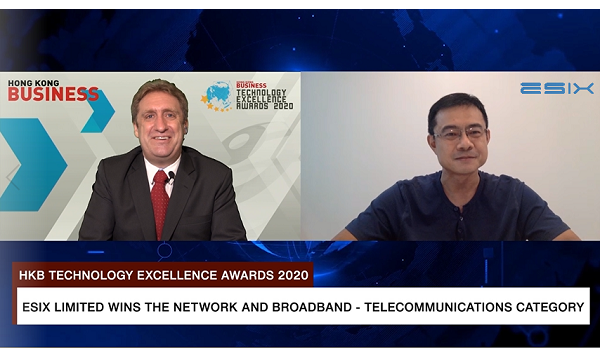 The key solution to the success of 5G applications in monetization.

Now in its second year, the awards event honours enterprises that take risks and lead the charge in developing groundbreaking projects, digital services, reimagined strategies, and technological initiatives. Winners were judged on the basis of uniqueness and innovation, effectiveness and impact, and dynamism.

Today’s 5G industrial ioT deployment is facing the critical bottleneck because of fragment networking technologies on different applications based on the standard 20+ years ago. This has created high barriers, such as cost and complications for large scale deployment.

The need for many moving machines, such as autonomous vehicles, automatic ports, smart manufactures, smart transportation over a large geographical area using mobile connectivity is now greater than ever. The seamless supervision of these machines from a control center is unfortunately an unsolved problem and many deployments ran into operation difficulties or risky scenarios in the field.

It has never received any attention and is not well specified in 3GPP standard.

Because of this, eSix patented a technology which removes the barriers, speeds up the go to market schedule, as well as shortens the period on monetization of the investment.

eSix is based in HKSTP, a member of the incubation program, formed by expertise with extensive experience in network technology and innovative capabilities, has its R&D staff in both Hong Kong and Guangzhou.

In TianJin Port POC in 2019, it was able to support under 150 m sec handover time without changing any network configuration of the associated equipment, so there is no lapse observed by the control center. This is the first time where such a monitoring problem was solved satisfactorily.

eSix is also expanding to selling internationally, receiving its first order this July from a Thai company. Apart from these, it has also kick started other international industrial partnerships such as Dell, Foxconn, etc.

The HKB Technology Excellence Awards, presented by Hong Kong Business, was held via video conferencing throughout the month of September.

If you would like to join the 2021 awards and be acclaimed for your company’s exceptional technological innovations, please email Julie Anne Nuñez at julie@charltonmediamail.com