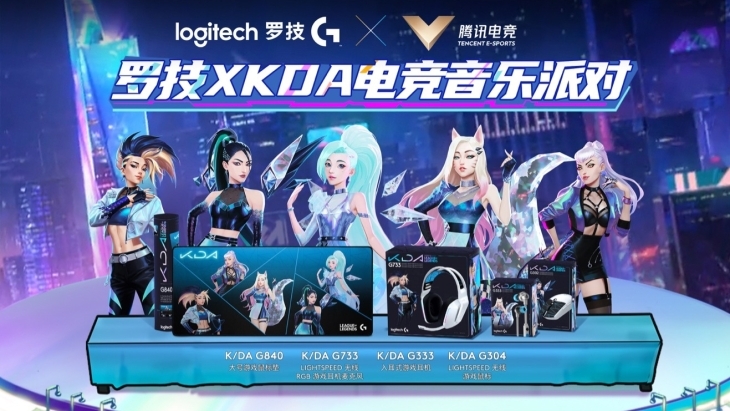 Logitech hailed as No. 1 computer hardware brand in China

Logitech again proves its commitment to quality innovation as the top-of-mind gaming brand in the country.

Logitech bested other computer parts manufacturers at the China International Business Awards 2021, gaining a foothold in the economy's large gaming industry in less than a year.

Owing this accomplishment to the tech brand's e-sports partnership ecosystem, Logitech designed the officially accredited League of Legends (LOL) gaming merchandise line—the K/DA Series, which was inspired by the aesthetics of the global virtual music group K/DA. This provided high revenue outcomes to the tech company.

Logitech took advantage of the country's large e-sports fan base with the help of China's e-commerce platforms, directly engaging the country's most popular pro-gamers and pro-gaming enthusiasts.

These collaborations drove Logitech revenue to a record high of 60% in overall market shares in China, which occurred twice since its launch in 2020. It also created higher brand awareness for Logitech G as a gaming brand of Logitech, making it the top-of-mind gaming brand in the country.

The brand's sponsorships of first-rate e-sports teams and the gaming equipment for the 2020 Worlds, the LOL World Championship for the year, held in Shanghai, China, sustained the brand's further business success.

The Tripartite cooperation amongst Logitech, Tencent, and JD reached more than 30 million gamer and fan communities during its 11.11 live streams, which sold over 15,000 total units of computer keyboards, mice, headsets, mousepads, and earphones. The added content partnerships with multiple gaming influencers on social media platforms such as TikTok also increased brand awareness.

More than 50 social media influencers were able to market the K/DA Series, as well as Logitech G products. Sponsorships provided to e-sports teams such as Top Esports (TES), Royal Never Give Up (RNG), JD Gaming (JDG), Suning Gaming (SN), and Bilibili Gaming (BLG), facilitated in making the brand perform above its target revenue by 110%.