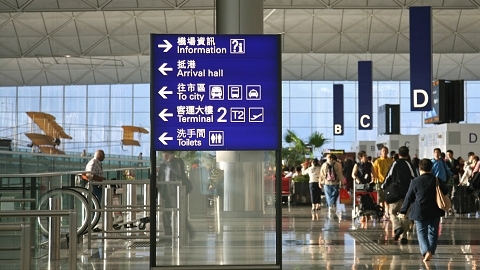 The flight suspension mechanism will start on 8 January.

Hong Kong has banned inbound flights from eight countries amidst the rising number of Omicron cases in the city.

The government announced that starting 8 January, passenger flights from Australia, Canada, France, India, Pakistan, the Philippines, the UK, and the US will be barred from landing in Hong Kong.

The flight suspension for the eight countries will last for 14 days.

Chief Executive Carrie Lam, in a press briefing, said many of Hong Kong’s imported COVID-19 cases detected recently were from the eight countries.

Individuals who have stayed in the eight countries will not be allowed to board any civil aircraft coming to Hong Kong, Lam said.

Travellers who have stayed in the eight countries for more than two hours will also be restricted from boarding a passenger flight for Hong Kong to the city via transit.

Meanwhile, the government said Cape Verde, Niger, and South Sudan will be added to its Group A specified places or countries at high-risk starting 8 January.

Non-Hong Kong residents who have stayed in these areas within 21 days will not be allowed to enter Hong Kong.