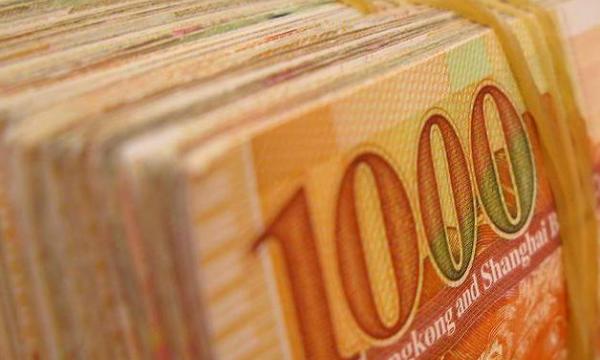 This, despite budget cuts.

In the face of declining oil prices forcing oil & gas companies around the world to trim budgets, the majority of Asia Pacific employers in the sector expect to offer equal or improved incentives to employees this year.

According to a release from Towers Watson, 97% of APAC employers said that incentives payable (for performance in 2014) will likely be the same or even better than the previous year’s pay outs.

Asia Pacific provides a strong contrast to the rest of the world, with more than 60% of organisations in the region expecting to give larger bonuses than last year and less than 5% anticipating a decrease of 10 to 25%.
Globally, only 50% of companies are likely to provide better incentive pay outs, and almost 10% anticipate a decrease in pay out of 10 to 25%.

In terms of salary budgets on a global basis, more than two thirds (66%) of participants anticipate lower salary increases than they originally planned.

The reduction in salary budgets is one of the top three cost reduction efforts that industry players are making, just after cut backs in travel, entertainment spending and freeze/ reduction in hiring.

“These are clearly challenging times for oil & gas companies. Cost reduction efforts need to be implemented strategically to ensure the business holds on to cash and capital while the top line environment experiences prolonged depression in oil prices.

At the same time, cost models in Asia Pacific are still lower than the rest of the world, therefore allowing industry players some leverage to minimize the cost reduction efforts.

Oil & gas companies are definitely trying to achieve a sensitive balance between making cost reductions in terms of salaries and incentives, and having the ability to maintain market competitive pay levels for critical talent in the industry”, said Sean Darilay, Global Data Service Leader for South East Asia at Towers Watson.

Comparatively, Singapore is the only country surveyed in the region that indicated some companies (19%) are anticipating payable incentives for employees that are 10 to 25% lower.

The survey also found that the highest budget increases for merit and promotion are expected among Manual Staff – i.e. those who perform operational, craft or manual tasks, primarily in exploration and production environments – while the lowest budget increases are predicted for Directors and Executives.

In Indonesia, Manual Staff will see the largest budget increase of almost 8%, whereas the Directors/Executives category can expect increases of less than 7%. This is still higher than Malaysia and Singapore, where increases for the top level will be 6% and 4% respectively.

The survey also revealed that all oil & gas employees across the Asia Pacific region can expect the highest merit salary increases at 4% or more, compared to the global average which just falls short of 3%.

Over the next 12 to 24 months, the total global oil & gas workforce is predicted to decrease by 55%. The majority of reductions can be seen in North America (30%) and the least are expected in Asia Pacific (roughly 17%).

“Managing the industry’s workforce in the current depressed environment and planning for a potential recovery in the future are definitely challenging scenarios that industry players are having today.

We anticipate oil & gas companies making very careful steps in this area – they have been in this situation before and have the experience to execute workforce management plans. What companies also need to be careful about is the company brand and value proposition. Making drastic changes now could impact future ability to attract critical talent”, added Mr. Darilay.