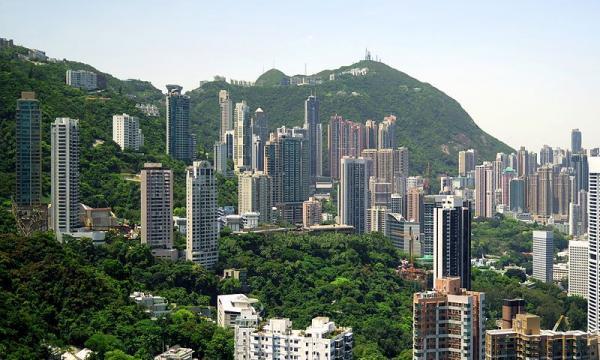 The super-luxury segment also saw its volumes spike in the same quarter.

Luxury residential sentiment has revived, especially amongst the properties valued at $50m-$200m where most units are offered at discounts of around 5%, Savills revealed. The same segment saw 131 transactions registered in Q2, a 19% QoQ jump.

The report added that the super-luxury segment also saw volumes rebound over the quarter, with transactions more focused on primary projects. Prices of posh homes in New Territories inched up 2.1% QoQ, as health and lifestyle concerns pushed some end users to look for residences in lower density areas with more outdoor space.

Savills added that with residential prices down by around 10% from their previous peak, most vendors still have holding power, which has been reflected in the extremely low delinquency ratios over the past 12 months.

Of the new super luxury projects which have been completed but not yet launched over the past two years, many are in prime locations with unique product features and have been developed by well-known developers. Savills expects the eventual marketing of these projects, together with other potential new launches, to attract interest from HNWIs.

Looking ahead, ongoing border restrictions and social distancing measures may affect the ability of both mainland and local wealthy individuals to identify and view trophy assets, whilst the current situation may push more luxury buyers to consider reallocating some of their real estate investments overseas.

In addition, the report stated that very few existing luxury properties are expected to come to market, whilst new investment into the local market may be hard to come by. As a result, H2 luxury volumes are likely to fall back to previous lows.

“We are hopeful that new luxury and super luxury launches in the second half could boost sentiment, but the timing remains highly uncertain,” Patrick Chau, senior director of residential development and investment, said.

However, with residential prices down by around 10% from their previous peak most vendors still have holding power, which has been reflected in the extremely low delinquency ratios of the past 12 months (averaging 0.03% for over three months and 0.01% for over six months), suggesting that a wave of distressed sales could be unlikely in the short term.