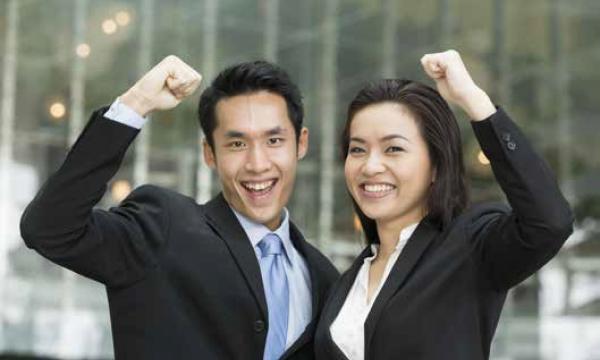 Mayer Brown emerged as the largest law firm in the city.

Foreign local firms have once again dominated Hong Kong Business’ second year ranking of largest law firms in the city, based on the number of legal professionals. Only seven local firms made it to the top 25, with Deacons taking the lead.

The 2012 list was re-ranked to reflect only the number of employees that are based in Hong Kong and lawyers by profession in the final count. Paralegals, trainees and other non-fee income earners were excluded from the counting.

Mayer Brown JSM emerged as the largest law firm for 2013 and 2012. Its number of legal professionals grew 2% to 203 year-on-year. Mayer Brown started only one solicitor back in 1863 and has since grown to employ an elite force of about 300 lawyers in Asia. It has advised HK-listed CITIC Telecom on the acquisition of a 79% stake in Companhia de Telecomunicacoes de Macau, S.A.R.L. (CTM) from UK-based Cable & Wireless Communications Plc, and Portugal Telecom.

Local firm Deacons climbed nine notches up to second place after its number grew by nearly 200% to 186 in 2013 from just 63. Deacons claims to be the number one in capital markets in terms of advising on the highest number of announced IPO deals in 2013. It advised a total of 11 announced HK IPO deals and was also involved in 6 takeovers-related transactions involving HK listed companies last year.

Baker & Mckenzie is third with its number growing 2% to 181. It is followed by Linklaters and Clifford Chance with 168 and 165 legal professionals, respectively.

Outside the Big Five

King & Wood Mallesons, (KWM) ranking also slipped two notches down to sixth with its number cut by 6% to 154. Over the past year, KWM was involved in some of the market’s iconic deals and disputes including: China Investment Corporation / Chengdu Tianqi’s privatisation of Talison Lithium; Wisdom Holdings Group’s HKD$844 million HK IPO, CAA Resources HKD$487.5 million HK IPO; debt restructuring of FU JI Food and Catering Services and Holdings and resumption of trading of its shares on HKEx.

Reed Smith was involved in some significant and high profile cases in 2013. It acted for Hong Kong Electric, the owners of the passenger vessel “Lamma IV” which sank in Hong Kong following a collision with the “Sea Smooth” in October 2012 with substantial loss of life.

Together the 25 largest law firms employed 2,114 legal professionals in Hong Kong in 2013; 8% higher than the previous year. The average number of employees was 85, compared with 80 in 2012.

Orrick, Herrington & Sutcliffe (OHS) slipped three notches down to 15th after its number of legal professionals was reduced by 13% to 49. It tied with Jones Day.

OHS represented IGG Inc, an online games developer and operator based in Singapore, in its US$135.5 million listing by way of placing on the GEM Board of the Hong Kong Stock Exchange.

Harney Westwood & Riegels, in 24th place, revealed that in the past year, it has built on its growth through recruiting experienced lawyers from leading onshore and offshore firms. It welcomed recruits from Allen & Overy Singapore and Hong Kong and has also made hires from offshore firm, Ogier, both in Hong Kong and the Cayman Islands.