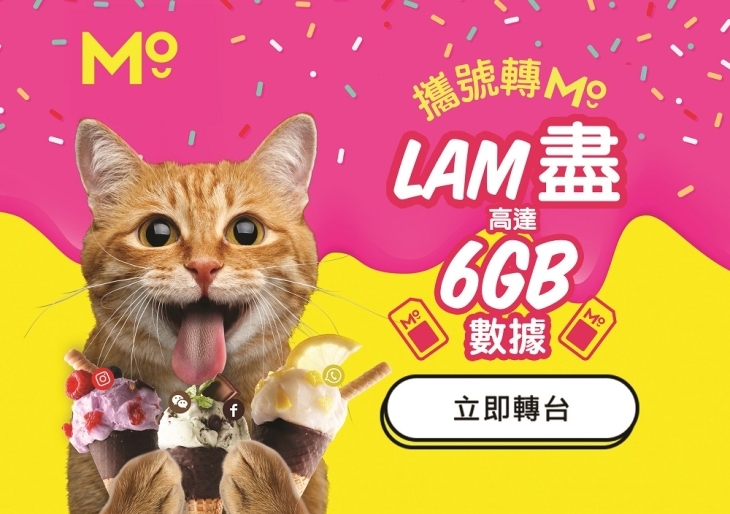 Flashy neon colors, repetitive memes, a fun encouraging tone, and the catchphrase LAM到盡—literally “LAM to the end,” a wordplay that reflects the local slang amongst the youth whilst poking fun at local politics—headlined the online video ad for Hutchinson Communication’s Mobile Online (MO) brand. It was a massive hit: throughout its run, clickthrough rate (CTR) increased 63.6% whilst app downloads ballooned 138.75%, according to ad agency New iMedia, who produced the campaign.

Further, it reduced the cost-per-action of the app’s downloads by 33%, enhancing cost efficiency.

The MO Sim Card ad is just one successful example of why brands are increasingly turning to mobile ads to get more customers. A study by data firm Magna found that mobile ad spending in APAC rose 25% in 2019. It also accounted for 73% of total digital advertising. In 2020, digital ad spending is forecasted to expand by another 13% and hit $793.13m (US$102m).

In Hong Kong, where 5.94 million people or 72.26% of the city’s population are expected to be active mobile phone users, PwC forecasts that mobile ad expenses will make up a third (32%) of total ad revenues by the year’s end.

These numbers underpin where the money goes—and it's not on paper nor on the flatscreen. But just taking your ad online won’t make it an instant hit. “It depends on the campaign objective or budget available. The best way would be leveraging both video and banner ads to achieve the complementary effect and synergy,” said Sandy Ho, CEO of New iMedia.

Five second rule
Length also plays a role in the success of a video ad. A study by online ad manager Mediavine found that the completion rate for a 5-second ad stands at 92.88%, compared to the 80-82% range for 10, 15, and 20-second ads. In contrast, a standard 30-second ad gets watched through only 69.53% of the time.

This makes the first 5 seconds the optimal length for a non-skippable video ad, or at least to get to the content, according to Mediavine.

New iMedia’s Ho also said that the core message must be displayed in the first 5 seconds of the video, which is always non-skippable. “As consumers are getting more and more impatient and so much information is browsed by them every minute, simple and direct ad messages for most of the ad campaigns are preferred,” she noted.

The MO campaign, which ran primarily on Youtube, carried a simple catchphrase with minimal text and graphics set on a vibrant palette. At 15-seconds and with a shorter 6-second version, the MO ad falls below the average 30-second length.

30-second ads tend to be the most popular pre-roll length as it is the popular television commercial length, according to MO. But uploading the same TV to an online platform may be doing the brand more harm than good. Mediavine found that a 30-second ad gets 12.9% less in revenue compared to its 15-second counterpart. It also gets 12.1% revenue less than a 20-second ad.

Getting the ad across
For display ads, as most of the banner ad location are randomly selected on different websites or platforms, it is important to diversify the ads’ dimensions so as to adapt to different platforms with the best look for recalling the brand, product, service and/or message easier, added Ho.

Tips to create a better display ad includes minimising, using creative formats such as gifs and HTML5, and having call-to-action wordings that direct clients on what to do. The last one includes phrases such as, “click to get the promotion code”, for example.

For video ads, Ho noted that it is important for companies to display their company logo throughout the video, to avoid too much content, and to be aware of the different platforms setting practices. For example, some digital platforms may not carry sound or may give the option to turn off ad audio, so subtitles have become essential, she added.

Further, despite the fact that they believe that most advertisers would focus on mobile advertising, companies who sell their services to other businesses should still make use of desktop banner ads.

“As an agency, we believe that most of the advertisers will focus more on mobile advertising. However, for B2B advertisers, desktop ad placement is still important as their target audience usually search them during office hours using [a] desktop,” said Ho.