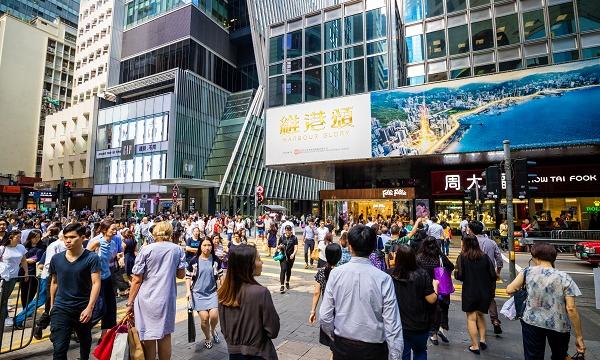 In contrast, the hype around virtual banks and fintech adoption may counter the worsening unemployment.

Unemployment rate has widened to 3.1% in August from 2.9% in July, according to data from the Census and Statistics Department (C&SD), as the ongoing social unrests continue to weigh on the city’s economic growth. This is expected to expand further, and in fact, Mercer Hong Kong’s head of career products and total rewards Brian Sy projects unemployment rate to reach 4% or even more.

The retail and hospitality sectors are especially expected to be hardest hit. Already, the unemployment rate of the consumption- and tourism-related segment rose to 5%, the highest since 2017. Sy noted that retail stores in the commercial areas suffered from an average of 40% slump in revenue, and felt that retail closures may likely rise.

For Robert Walters, pinning down precise predictions for the following year is difficult, and finds that this has also been the case for hiring managers who are planning for next year. “So much depends on the economic and political situations, which remains a significant source of uncertainty for both employers and job seekers,” said Ricky Mui, Robert Walters’s managing director in Hong Kong.

Hiring freeze and struggling freelancers
Still, there have not been plans amongst companies to reduce staff. Rather, they are expected to put a freeze on hiring. “Employers have learned from previous economic downturns that good talent is difficult to hire back,” Sy said.

Robert Walters found that there have still been active hiring, but some firms have slowed down or put roles on hold. “In some cases, organisations have even absorbed roles rather than hiring extra resources due to market conditions,” Mui said.

He noted that employers have been adopting a more cautious approach to recruitment, and has been insisting on hiring the best candidates with matching skill sets. “We are seeing hiring processes to be lengthened and additional interview stages added, at the same time more rigorous due diligence on candidates,” he said.

Amongst the candidate, although they were found to be willing to interview with clients, they were also said to be less likely to jump or change jobs compared to last year. Data from Robert Walters revealed that the expected rise in salary when changing jobs has dropped to 10-15% for 2020 compared with 10-20% for 2019.

Sy also expects for firms to do away with their part-time and contract workers. “Freelancers in the market will be heavily affected with fewer jobs available in the market,” Sy added.

In contrast, Mui finds that the contract market to be developing especially where companies have work overload and headcount issues. This was noted to be the case in the financial services industry where IT skill sets such as projects, helpdesk, infrastructure, application support, and risk and compliance are considered to be in demand.

Bright spots in tech sphere
Still, despite the ongoing recession plaguing the market, some sectors are still thriving and may continue to thrive. Earlier in 2019, the Hong Kong Monetary Authority (HKMA) issued eight virtual banking licences, and for Mui, this could create a surge in demand for virtual banking and fintech talent, ranging from executives to operational staff.

“There has also been active hiring in financial institutions such as virtual banks and financial technology which has been a hot area for growth this year. Hiring starts from C-level to manager level in all areas of finance, legal, technology, risk and compliance, as well as operation and HR roles. This has been the backbone of financial services hiring over the last 12 months and we continue to see growth in this area,” he said.

True enough, Robert Walters’ survey found that employers have already been reporting a shortage of talent with the suitable skill sets in this field. “Companies are also increasingly open to considering overseas experts with the right skill sets,” Mui added.

Tech jobs as a whole are also still expected to continue enjoying high demand. “There is still a lack of talent on the tech side – AI, research, data analyst and scientists are in hot demand as companies seek to innovate and grow in a data-driven environment,” Sy said.

In particular, Wainwright noted three jobs that will be in demand. First, software engineers, especially those experienced in operating systems, C++, Java and more. Second, cybersecurity professionals, as large multinational corporates and global banks continue to prioritise safeguarding security and privacy in the era of digitalisation.

On attracting talent
Given uncertainties in the market, firms are bound to go further in order to attract more talent. According to Sy, firms under pressure from this will be challenged by limited resources to retain talent, and must allocate their budgets effectively to optimise what they have.

“Pay for performance and identifying high potentials will be key for companies to achieve continued growth in 2020,” he said. Hiring managers are also recommended to ensure that there is an “efficient and wellcommunicated” hiring process in place. “As mentioned above, in a period where budgets are comparatively tight, a positive workplace and corporate culture is important to attract talent,” he said.

Wainwright expects more employers to think out of the box and diversify their employment package in 2020, which could come in the form of providing incentives for good performance on a certain assignment like additional annual leave days, allowing employees to rotate between office locations under the same company or brand, extending flexible working hours to all employees or rolling out more team engagement activities.

“Companies will have to work on building their brand image and culture, and have a clear vision and mission in order to attract the best talent. With competition for the top talent higher than ever, many companies will have to venture out of their comfort zones to recruit through non-traditional methods,” she commented.

In-demand professionals who are considering changing jobs are also expected to focus on more than just the salary on offer. “Many candidates are also looking to keep their specialist skills up to date, so we advise businesses to offer clear learning and development opportunities to attract the best talent in the market,” Mui said.

Sy agrees. “Making crossfunctional experiences available to people so that employees can broaden their skills is becoming just as important as an upwards move. We know that globally, two in five employees are satisfied with their current jobs, but will be motivated to leave due to lack of career development opportunities. This tells us that there is a thirst to learn,” he said.

He noted that companies have been providing better wellness programmes like exercise facilities and classes. Mui also mentioned companies focusing on mental health, like setting up hotlines for employees who are facing stress or other emotional concerns so they may discuss with care professionals.

“Companies are paying more attention to the presence of a positive workplace culture where flexible working, workspace design and digital technology all playing an increasingly important role in attracting and retaining talent,” Mui said.