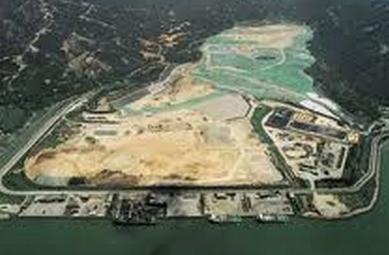 The Environmental Protection Department admits Hong Kong has a waste crisis. It published a 10-year framework for managing the city’s waste in 2005 but has been criticized for failing to implement much of the plan and for having no concrete schedule for implementing it.

It is currently working on another waste management plan expected to be released within this month.

EPD said the city’s waste problem can only be dealt with by taking multi-pronged action ranging from waste reduction at source to enhancing waste recovery, and building a comprehensive and modern waste treatment infrastructure that can handle different types of waste.

Government and green groups believe that charging households and businesses for the amount of waste they dispose of is the key to reducing the amount of rubbish.

EPD said Hong Kong’s three huge outdoor landfill sites are piled high with trash and are set to reach capacity by 2020. Others said the first landfill will be full as early as next year.

Hong Kong is sending 1.3 kg of municipal solid waste per person to landfills daily. Most of it is domestic waste, or rubbish from homes and institutions including schools, and refuse collected by public cleaning services. The majority of the 13,000 tons of rubbish dumped at landfills is municipal solid waste.

Hong Kong’s per capita generation of domestic waste is much higher than other leading Asian cities, including Tokyo, Seoul and Taipei.

Sun Hung Kai Properties Ltd admitted it doesn’t have big renewals coming up, and is not seeing major tenants giving up large chunks of space. It believes that if demand returns, vacancies can be taken up very quickly.

Banks and brokerages, faced with anemic business, have given up space in Central for less expensive districts where rents are two-thirds lower. In January, financial services companies accounted for 49% of prime office tenants in Central.

Central rents fell about 15% in 2012, the biggest full-year decline since 2008. Office rents in Central are the second most expensive in the world.

New office supply in Hong Kong could fall about a third short of total new demand by 2020. Average office rents in Hong Kong will rise about 5% this year, said Sun Hung Kai.