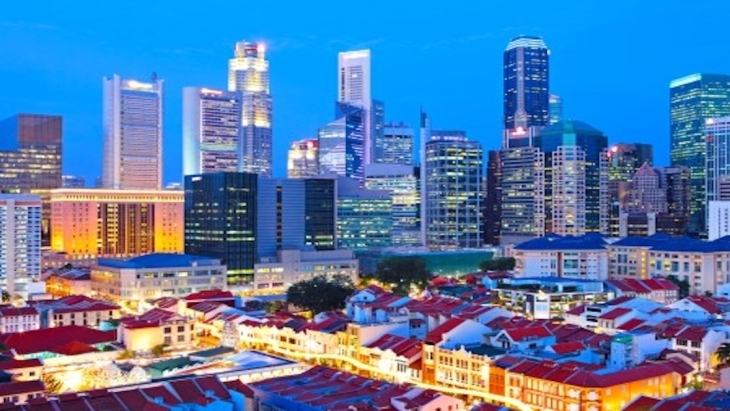 Office rental premium between Singapore and Hong Kong narrowed significantly from 135% in 2015 to 108% in 2020, according to Cushman & Wakefield.

“When we compared the office rental premiums between the two cities in 2015 and looked at which city had a more competitive edge as a choice of regional headquarters location, the rental gap was at 135% in favour of Singapore,” Keith Chan, head of research of Hong Kong at Cushman & Wakefield said.

“Five years later, this gap has narrowed to 108%, which creates a positive opportunity for Hong Kong as it becomes more competitive,” he added.

The gap peaked in 2017 at 173%, where the Singapore market is starting to recover backed by a recovering global economy and demand from co-working operators and tech companies, following the fall in rents in the office market in 2015 due to weak global economic growth and supply glut.

Wong Xian Yan, head of Research of Singapore at Cushman & Wakefield said they are seeing a “more defined role” where companies who are targeting more exposure to China will prefer to have their regional base in Hong Kong, whilst Singapore is a better location for companies seeking to grow and capitalize on South East Asian markets.

Cushman & Wakefield said the Singapore office market is showing signs of recovery with the rental growth rate turning positive in the second quarter of 2021 due to demand for quality office space driven by technology and investment management companies.

It also said that recovery in office rents is expected to be mild in the next few years due to lower structural demand for office space due to remote working but noted that the expected increase in office rents reflects the city’s increasing importance as a “hub for stability in an uncertain operating environment and the increased significance of the ASEAN market to corporate occupiers.”

“With the successful roll-out of its vaccination programme coupled with a progressive economic recovery plan, the country has maintained its reputation as a safe and stable investment destination and regional business hub,” it said.

Hong Kong rents, meanwhile, are still expected to “downtrend” until 2023, further closing the rental gap between the cities. It also said that landlords in the central business district are more willing to offer competitive incentives to retain existing tenants or to lure potential tenants who are relocating from other submarkets.

The ongoing rental adjustments will continue until a “significant portion of new stock is being absorbed” which will take about two to three years. This will present an opportunity for office tenants to upgrade their office space “and as the market stabilizes and reinvigorates itself, Hong Kong will be well-positioned to capitalize on the expected surge in activity when cross-border travel resumes.”