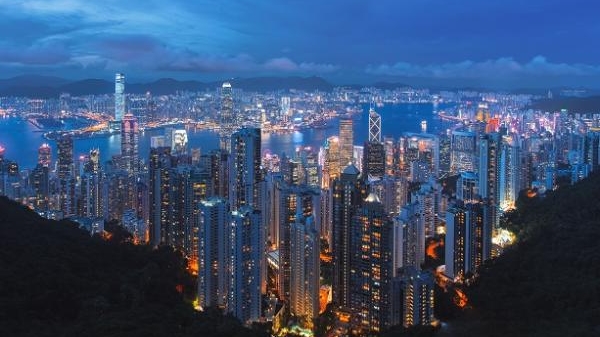 Residential prices, as well as retail and office rents, will likely grow in 2022.

Investment activity in Hong Kong’s real estate sector has picked up as seen in both the residential and commercial property market. Realtors in the city expect this trend to continue in the next year, provided current economic conditions persist.

The city’s economic recovery led to a rise in property transactions in the first nine months of the year with an estimated year-on-year increase of 27% to over 77,360 sales and purchase agreements (S&Ps). Of this, 57,956 were residential S&Ps, data from Cushman & Wakefield showed. Commercial property investments, likewise, fared well in the first half of the year as volume climbed 62% YoY to US$4.3b, according to a report by Real Capital Analytics.

Knight Frank expects this trend to be sustained if the City manages to keep the outbreak under control.

“If there is no resurgence of local COVID-19 cases, it is expected that both the economy and employment conditions to be stabilised, which will support both leasing and sales transactions in different property market segments,” Martin Wong, Director, Head of Research & Consultancy, Greater China, Knight Frank, told Hong Kong Business.

Hong Kong’s economy expanded by 7.9% in the first quarter of the year, ending six consecutive quarters of contraction. This was driven by the fiscal stimulus granted by the government and strong external demand at the time. The city’s growth, however, slowed down as the second-quarter gross domestic product expanded by only 7.5%. This was attributed to the persisting border control imposed to contain the continuing outbreak.

Hong Kong has also sustained the decline in its unemployment rate as it dropped for the sixth consecutive time to 4.7% between June to August 2021 after it peaked at 7.2% in February.

Moreover, Wong said, “The low-interest rate environment is another factor to encourage sales transactions and property price growth over a longer-term."

In light of this, Wong said office rents in Hong Kong Island could increase by 1-3% and by 3-5% in Kowloon. He also sees retail rents to go up by 0-5%; whilst residential home prices will increase by up to 5% in the next year.

The Grade-A office market in Hong Kong Island recorded its lowest vacancy rate in August since November 2020 as landlords have made adjustments to attract more tenants. The retail leasing market, meanwhile, saw signs of demand particularly across small to medium-sized shows with rents worth HK$150,000 or below.

Moreover, Housing prices in Hong Kong have so far risen by 4.3% in the year to July 2021, and at the rate of recovery of the city’s economy, Knight Frank projected that prices will see an increase of another 2% by year-end and by 8% for the full-year 2021. This will also be driven by the vaccination rate in mainland China and Hong Kong, as well as the possible reopening of borders.

In its Q2 Global House Price Index, Knight Frank reported the housing prices increased by an average of 9.2% across 55 countries and territories from the beginning of the year until June 2021. It was noted that the quarterly growth seen in Hong Kong showed the city is ahead of other economies in Asia, such as mainland China, South Korea and Singapore.

JLL is likewise optimistic over the outlook of Hong Kong’s residential market as it forecast the capital value of both mass residential and luxury residential to grow between 0-5% in the second half of the year.

In its Mid-year report, JLL linked its projections to the growing housing demand, driven by low-interest rates and economic recovery.

Centaline Property Agency, for its part, expects the Hong Kong residential market to continue its rebound and remain strong over the same period. Citing demand and improved purchasing power of Hong Kongers, the agency said it is positive that home prices will continue to grow.

“There has been a huge accumulation of demand and purchasing power in the last two years and the market rebound will be strong.

To noted that the demand remained strong despite less purchasing power coming from mainland China. He added there were fewer developments put on sale in the market which could be due to supply shortage and developers’ opting to put sales on hold.

“There might be two reasons: there is less supply coming ahead due to the shortage of land, and developers prefer to start their sales campaign with a better market atmosphere so that they could sell at a better price,” he said.

“It is not difficult to observe that the cost to acquire land banks has become very high, especially in recent years.”

To shared that amidst the crisis, Centaline banked on the good balance it kept between the first-hand market and the secondhand market.

The agency also made use of virtual reality (VR) modelling services to improve the property viewing experience of clients. He, however, noted VR cannot duplicate the same experience as visiting properties with a real estate agent.

“The company has introduced a VR modelling service to enhance the property searching experience,” he said.

“However, VR cannot replace real estate agents as many good bargains may not be available for photo shooting.”

Centaline has also made improvements on its other digital platforms, such as its website, mobile app and even Youtube channel.

Knight Frank, according to Wong, have been utilising online platforms and other forms of tech-driven tools in the past 18 months to hold virtual tours for clients. The agency even took this period as an opportunity to grow in the office leasing sector as it helped clients revisit their workplace strategies and encouraged them to optimize their spatial efficiency.

Moving forward, Wong expressed optimism that real estate agencies in the city will no longer be affected heavily by the crisis, unless the virus resurges.

“Depends if there is a resurgence of COVID-19 which would need to tighten social distancing rules, and in terms impact the inspection arrangement, it would not be much impacted otherwise,” he said.