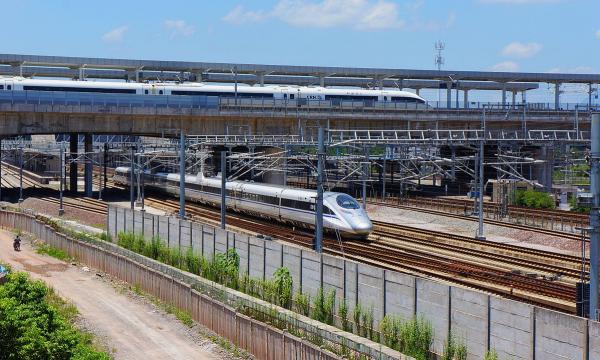 The high-speed rail offers faster and cheaper transport option than flying by plane.

Bloomberg reports that Chinese bullet trains, which are set to reach downtown Hong Kong by September 23, may just be the newest threat to the SAR’s embattled airplanes as customers may instead opt for the land-bound alternatives than flying.

Spanning 25,000 kilometers, the high-speed rail with its direct connection to over 40 destinations in the Mainland, poses a formidable threat to airlines where a congested airspace and limited landing slots have often resulted in regular flight delays and loss in customers especially those with journeys shorter than 800 kilometers.

“The fact that passengers will get off the train in downtown Hong Kong rather than at the airport on an island and then have to take another train ride to the city will prompt many to choose trains,” said Yu Zhanfu, a partner at Roland Berger Strategy Consultants in Beijing.