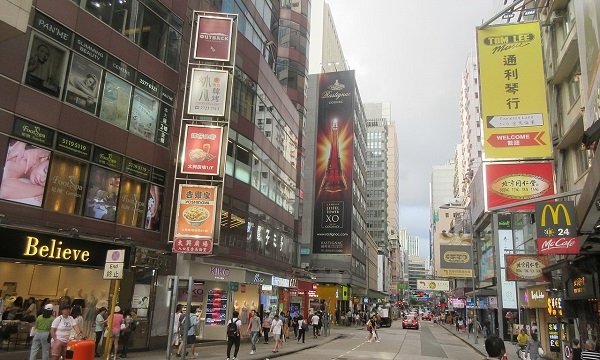 Thousands of employees in the industry are set to lose their jobs in the next six months.

The local consumer retail demand is projected to get worse in the new year, most especially those that are riding on the tourism sector, which is also expected to be more sour at the same time. In a survey by the Hong Kong Retail Management Association (HKRMA), 97% of the respondents have posted losses starting mid-2019. About 30% of this figure said that they will resort to laying off 10% of their staff, whilst 43% stated that they will have to close down in the next six months.

The respondents of the survey involves 176 companies, which have more than 4,000 stores and 89,700 employees.

However, a Bloomberg report stated that this equated to around 5,600 employees that are set to lose their jobs and the retail sector will not be saved by usual holiday rush. David Ji, director and head of research & consultancy for Greater China at Knight Frank, describes this as the worst-case scenario for the sector.

“Retailers who used to have stores concentrated in major shopping areas may consider dispersing their stores to the neighborhood areas. As people have avoided going to crowded areas, sales in community malls, neighborhood malls and suburban malls, which offer daily necessities to locals, were relatively more resilient and saw solid sales even amid Hong Kong’s social unrest,” Ji added.

Its healthy growth pace continued throughout 2018 and started off positively in 2019, according to a report by Cushman & Wakefield. It was well-supported by the new transportation links to mainland China as it fueled an increase in visitor arrivals to Hong Kong. Over the first two months of the year, mainland arrivals saw the largest growth in five years, growing by 19% YoY and by 21% YoY for same-day visitors.

It went on through June and provided a boost to foot traffic and retail sales in some sectors such as cosmetics and non-discretionary retail.

Then by July, Hong Kong’s retail market has struggled amidst the growing social unrest and resulting disruption to retailers’ businesses throughout the city. Mainland tourist arrivals plummeted as the unrest escalated and in October, the number of visitors from the Mainland dropped by 45.9% YoY, the steepest decline ever in a single month. Retail sales naturally followed, dropping by 24.3% YoY in the same month, after a drop of 18.2% YoY in September.

The decline was led by jewelry and watches which recorded a fall in sales of 42.9% YoY, followed by medicines & cosmetics (down 33.5%). These two used to lead Hong Kong’s retail sector two years ago.

It wasn’t just the social unrest that kept the retail market at bay. “The continuation of social unrest is obviously the key challenge followed but the further deterioration of the Chinese economy, which is key for HK’s growth,” said said Alicia Garcia-Herrero, chief economist at Natixis.

A note by DBS Group Research also noted that exports of travel services (down 32.2%) was dampened by a weaker Chinese yuan. Tourist’s hot picks such as clothing, jewelry, and cosmetics/medicines fell by 20%-40% and will be a big slap for retail sales where tourist spending account for 40% of the sector’s performance.

In addition, the unemployment rate of consumption and tourism related sectors (16.5% of labour force) already leapfrogged from 3.9% in June to 5.0% in October, lifting the headline 3 month moving average jobless rate from its 20-year low of 2.8% to 3.1%.

“Looking ahead, the retail sector will stay weak due to subdued local demand. Hopefully, the temporary rental adjustments for tenants could contain the risks of large-scale closure of businesses and laid-off,” DBS said in the report.

Across the retail property scene, rents continue to go down which will endanger Hong Kong’s status as the most expensive retail street. Cushman & Wakefield stated that in Q4 2019, the decline in rentals across all submarkets has become even steeper, falling to its lowest level in more than five years.

Landlords are struggling to retain their tenants, Lawrence Wan, senior director for advisory & transaction services– retail at CBRE Hong Kong added that local pharmacies and larger F&B outlets have abandoned leases over the past few months.

“Landlords and high street shop owners are considering to provide short-term lease discounts to retain tenants, to alleviate the impact of the social unrest on retailers’ performance. Retailers are consolidating their operations and looking to upgrade their products and service offerings with enhanced customer experience to encourage spending,” Wan said.

He also added that the rent levels will continue to drop in the short run. But in the long run, this might as well be the “new normal” that retailers have to adjust to. Such will be largely dependent on any government policies and measures that will help the market recover.

“[W]e can expect a rental adjustment which will allow the retail market to  become more sustainable than what we had experienced in the past few years whereby rents were at very high levels. It will be difficult to predict the timeframe but retailers should get prepared and review their business strategies to cater to the “new normal,” Wan noted.

Even though there are a number of retailers looking to leave Hong Kong, the region still saw some new openings during the events of the social unrest. Charles Chan, senior Asia retail analyst at IGD, cited the re-launch of beauty retailer Sephora, who have left the market ten years ago. It promised to bring 40 brands in their stores.

“The re-launch of Sephora provides an indication of how Hong Kong’s retail landscape has shifted. Shoppers expect exciting digital store engagements and touch points rather than just a range of products presented to them. We have also seen Lush, for example, launch its first Asia Naked concept store in Hong Kong, whilst Don Don Donki opened its first store in Hong Kong in July earlier this year,” Chan shared.

On the digital front, ecommerce platforms may not be as affected as they are still grabbing a larger market share, according to Ji. “In view of this, more physical retailers have already set up online sales channel to catch up the trend. On the other hand, some have leveraged the latest technology such as AR to enhance in-store shopping experience for customers,” Ji added.

However, Chan still warned that brands and retailers need to be articularly careful on inadvertently choosing a political side in their marketing and messaging.

A survey by YouGov showed which brands have been the most negatively affected in terms of consumer spending, where most cases are correlated to controversies around the protests. Chinese electronics firm Xiaomi’s brand metric score dropped 40.5 points to -4.1 from a score of 36.4 last August. Its decline started when it released a new smart TV carrying a slogan that is said to mimic chants in the gathering.

“Despite the uncertain economic and political circumstances, we have seen businesses continue to innovate to stay relevant. The re-launch of Sephora provides an indication of how Hong Kong’s retail landscape has shifted. Shoppers expect exciting digital store engagements and touch points rather than just a range of products presented to them. We have also seen Lush, for example, launch its first Asia Naked concept store in Hong Kong, whilst Don Don Donki opened its first store in Hong Kong in July earlier this year.”