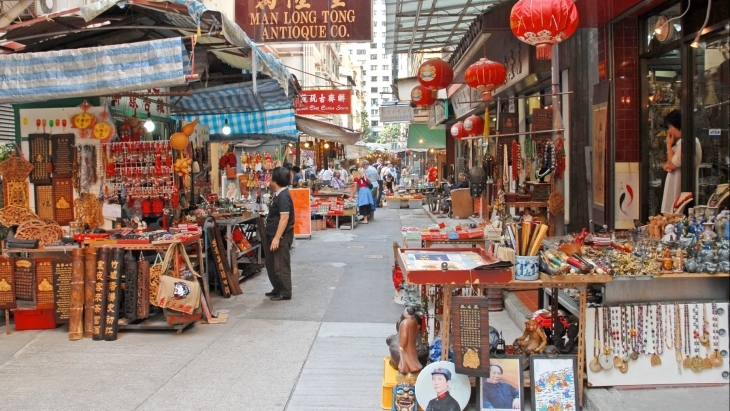 Just as businesses were forced to speed up their digital transformations during the pandemic, many consumers had to make the switch from traditional shopping in physical stores to online. The retail sector was amongst the industries hit hardest by the pandemic; and out of this disruption, changes in consumption behaviours have emerged – some of which may be here for the long haul.

Online consumers in Hong Kong are on the rise, with a gigantic rise in the number of shoppers using online purchasing services in 2020. The Census and Statistics Department reported that the percentage of consumers aged 15 and above, who made at least one online purchase last year rose to 43.1%, up from 35.8% in 2018.

Their spending, however, dropped. The median amount spent on purchasing goods and services online dropped to $2,000 in 2020, against $4,000 in 2018. The significant drop was attributed to the considerable decline in the purchases related to travel arrangements and online ticket reservations.

The majority of Hong Kong shoppers largely accessed online stores for daily necessities, clothes and footwear. As an example, the second most popular purchases were for food and beverages.

Moreover, mobile payment users also now constituted nearly 50% of persons aged 15 and over. Amongst these, 77.9% used e-payment services for online shopping, whilst 76.2% used them for in-store payments.

The pandemic has indeed driven consumers to switch to online platforms for everyday purchases: to order food, or buy new clothes, amongst other products. Some studies have found this increased reliance on online services for regular consumption will likely remain even after the outbreak has receded.

KPMG China, in a survey conducted with GS1 Hong Kong and HSBC, found that around one in two Hong Kongers is now comfortable shopping online; whilst one in four, or 24%, have expressed that “they could live without physical retail stores” once the city transitions to the new normal.

These levels of adoption are only slightly below those in the other nine Greater Bay Area (GBA) cities, where close to 59% are comfortable using online platforms, and 23% believe they can do away with brick-and-mortar stores.

The study, Retail’s Realignment: The road ahead for omnichannel in the Greater Bay Area, surveyed 2,053 consumers and retail industry executives in Hong Kong as well as the nine Mainland GBA cities.

“Consumers and retail executives surveyed all agreed that shoppers have developed new purchasing habits that are hard to break,” the report read.

Consumers have become well-adjusted to online shopping, as seen in the study, with more than 60% of consumers in the GBA cities saying they understand online platforms better now, particularly, in terms of searching for products.

Around 65% of Hong Kong shoppers and 67% in other GBA cities have also said they had become more comfortable using digital payment tools. The most used payment services in Hong Kong, according to the survey were Alipay, PayPal, Faster Payment System, and PayMe; whilst consumers in other GBA cities largely used Alipay and We Chat.

Similarly, a separate study by experience management provider Qualtrics, also found that consumers in Hong Kong, who have gone digital, will likely continue relying on digital platforms after the pandemic.

No going back to pre-pandemic consumer patterns

In its 2021 Consumer Trends in Asia Pacific report, Qualtrics found that the share of consumers who expected that they would buy more online after the pandemic was 30 percentage points higher than the shoppers who expected to buy less.

“According to our research, we’re not going back to exactly how things were before,” the report read.

“However, the extent of change varies across different industries and regions with some seeing a bigger swing towards online going forward, while others will see a slight shift back to offline experiences.”

Qualtrics said omnichannel experiences can be expected to remain as it observed that consumers’ preferences on the channel they use vary according to their needs.

For instance, the study found that 51% of consumers looking to buy a new television and 44% of those planning to open a new bank account opted to do it in person. Meanwhile, 35% of those who are planning to book an airplane ticket and 21% of those who are seeking to get a status update on an order would rather accomplish it through their computer.

In Hong Kong, particularly, consumers are more likely to continue taking exercise classes as well as accessing medical advice on the internet. The study examined the perspectives of 556 consumers in Hong Kong.

“Many of the trends that are likely to stick around or remain elevated post-pandemic were in the pipeline pre-pandemic and have simply been accelerated by it.”

Miles said the IGD expects that online grocery penetration will continue to be elevated. Both consumers and retailers will also be more accepting of digital technology, which could lead to greater adoption of contactless and cashless retail solutions.

He added home consumption will also likely remain high as the work-from-home setup continues to be in place.

It can be expected that Hong Kong shoppers will continue buying food and other consumer goods online in the post-pandemic scenario. Online supermarkets will likely become a major challenge for physical stores, but, Miles said despite this, brick-and-mortar retail will still have the upper hand over online stores.

“Undoubtedly more people than ever have and will continue to shop online for their food and consumer goods. However, stores will remain the heartbeat of the industry,” he said.

In its latest research, IGD found that 92% of all global food and consumer goods sales will remain through physical retail by 2030 even as the online grocery penetration is expected to vary by market.

“In Hong Kong, like in other markets, retailers will need to evolve stores to work alongside the growth of online,” he said.

“Online grocery retail today is generally a loss-making activity for retailers; therefore, retailers will not simply shift all their sales online. Instead, they will need to look to evolve stores to make online operations more profitable and also give shoppers a reason to keep visiting physical retail.”

In the GBA, according to the KPMG study, some 73% of retailers are now implementing GBA-specific strategy across one or more of their business functions, most commonly in sales and marketing and communications. KPMG noted that the focus on activities intended to lure more customers affirm their finding that retailers are increasing their use of “direct-to-consumer e-commerce and third-party platforms.”

Further, 30% of retailers said they are now developing a GBA programme for logistics operation or supply chain management; whilst only 16% are implementing GBA strategy for finance or human resources and 10% for legal.

Retail in the post-pandemic era

Consumer behaviour has changed drastically and continues to evolve during the pandemic. This is to say that retail has likewise undergone changes, but this is still underway and the world has yet to see the final form of retail in the new normal.

“Physical retail models have been coming under pressure for a number of years, change is taking place faster than ever and the pandemic has also led retailers and suppliers to question whether their operations are fit for purpose both today and in the future,” Miles of IGD said.

In its report Store of the Future 2030, IGD identified five key themes that will shape how retail stores will come out of this pandemic and how it will evolve in the next decade.

“We believe the store of the future will be exciting and experiential, digitally enabled, highly efficient, omnichannel native, and naturally sustainable. Retailers and suppliers will need to work hard to evolve stores; they need to be on the front foot of how stores will evolve and what it means for their business,” he added, noting that retailers will need to weigh which of the five key themes need to be prioritised.

IGD added that partnerships and technology and data are the two major enablers that will speed up the five themes; whilst the retailers’ strategy will determine how each is prioritised and how customer service will influence the in-store experience.

These themes are aimed at bringing in-store experience that customers do not get from online shops, providing digital solutions that support the shopping experience and reducing the cost of doing business.

It also seeks to provide a “seamless omnichannel experience” and adopt a sustainable strategy.