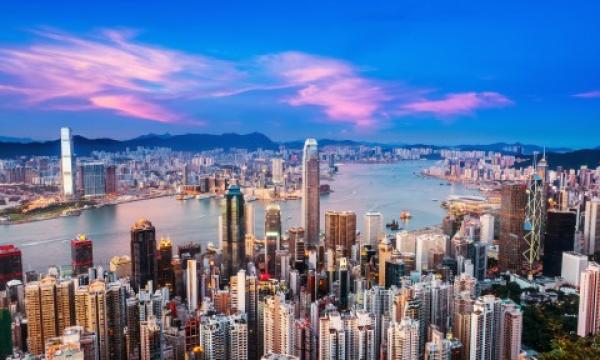 Land supply from various sources will provide an estimated 15,730 units in 2020-21, whilst the private housing land supply target is 12,900 flats.

Wong said that he was confident in reaching the private housing land supply target.

Of the residential sites, three are on Hong Kong Island, two are in Kowloon and 10 are in the New Territories. Together, they are expected to provide about 7,530 units.

There will also be three railway property development projects--two in Wong Chuk Hang and one in LOHAS Park, for a total of 4,050 flats.

Six commercial sites are also up for sale this year, with an expected total yield of 833,700 in gross floor area. Of these sites, the New Central Harbourfront Site 3 will be put up for sale by two-envelope tender instead of cash tender.

"We are talking about a site of about five hectares. Actually, more than half of the site, in terms of area, will be devoted to public space, landscape decks. It also will contribute enormously to enhancing the connectivity between the harbourfront and 'inner' part of Central, if I can use that word," Wong expounded on the site.

The New Central Harbourfront commercial site in the new land sale programme would attract high focus of the developers. Despite the retail and office markets having entered the down cycle, major developers would still have keen interests in this site, given the rarity of the site released for sale in Central. The site will be a showpiece located in the heart of Hong Kong and Victoria harbourfront,” said Rita Wong, head of valuation at JLL.

JLL’s Wong added that the two-envelope bidding approach by government could bring about new concepts and unique development to the city, as it will have concept and design included in consideration of the sale.