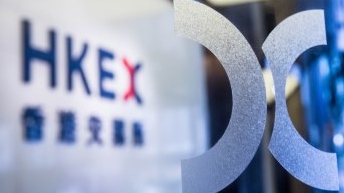 The bourse’s income was dragged down by the delay in potential billion-dollar IPOs.

Bloomberg attributed the decline in HKEX’s net income after potential billion-dollar IPOs such as NetEase's music unit and electric car-maker Nio were put on hold “on uncertainty over Beijing's stance toward offshore listings.”

Citing Credit Suisse, Bloomberg reported that the bourse’s earnings prospects may see a boost from its MSCI A50 futures.

The A-share index futures contract is expected to contribute about 2% to the bourse’s total revenue by 2023.

Data from Bloomberg showed that HKEX had an average of 2,579 contracts traded a day during the inaugural trading week of its A-share futures.

HKEX's growth will also be dependent on how China plans to regulate overseas IPOs, according to Bloomberg.

In July, Bloomberg reported that China’s cybersecurity watchdog required companies seeking to list abroad to get pre-approval to ensure they comply with local laws, with a possible exemption for those planning to go public in Hong Kong.

The answer as to whether the HK bourse will be exempt from the rule is expected to be announced by the end of 2021. Merrill Lynch said it will be the key to HKEX’s  “IPO pipeline to 2022".