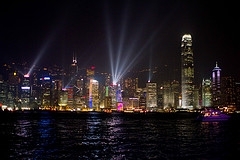 Hong Kong beats Singapore as world's most expensive city to work, live in

According to Savills, Hong Kong is the world’s most expensive city for companies to locate employees, significantly ahead of London and New York, which have been vying for second place over the past two years.

Paris completes a list of the top four cities where simply renting living and working space for a single employee costs more than US$100,000 a year.

The Savills World Cities Live-Work Index reveals that it now costs an average of just under US$76,000 a year per employee to rent residential and office space in a world city, a 21 per cent increase since 2009, when most city rental markets bottomed out.

While total live-work costs remained broadly stable across the index over the past year, there were exceptions. They rose by a stratospheric 41 per cent in Dubai, albeit from a relatively low base, to rank the city 7th most expensive, although the high costs in part reflect a particularly generous office space allocation per worker, a product of the city’s previously high-supply, low rent era.

By contrast, costs fell -12 per cent in Mumbai, which ranks as the cheapest location at just US$28,000 per employee per year for all live-work rental costs.