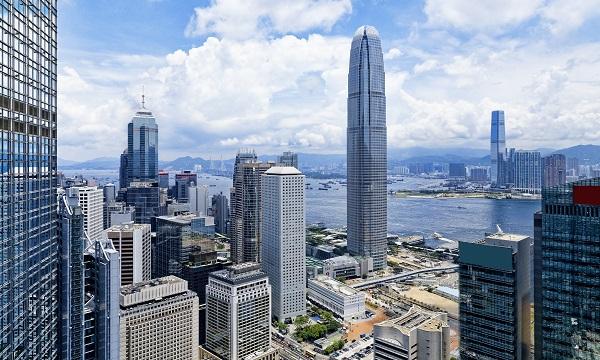 Its $19b fiscal stimulus package might be too small and regressive, according to experts.

Hong Kong’s reputation as MNCs’ gateway for tapping the Chinese market and vice versa, could be the only thing left for the city to counter its worsening economy. Various analysts and professionals have stated mixed projections on what the region’s economy will be like in 2020.

“The Hong Kong economy may continue to record negative YoY growth in H1 2020. But given the low base comparison in H2 (-2.9% in 3Q19 and -5.0% in 4Q19), there should be a mild recovery in H2 2020,” said Samuel Tse, an economist at DBS Group Research. “The retail sales will continue with its downtrend amidst domestic uncertainties and a weak CNY. The external trade and professional services will remain sluggish amidst slowdown of the Mainland economy and China-US trade war”.

In contrast Natixis foresees nothing but rain and gloom for Hong Kong in the following year. In a note, the firm predicts that Hong Kong’s economic growth will contract 1%-2% in 2019 and a further 2%-3% in 2020. A survey by CPA Australia on accounting and finance professionals also shared the same sentiment, with 66% of respondents expecting the economy to contract. A further 73% also believe that the city’s competitiveness will go down along with it.

This showed a notable difference from the survey regarding the 2019 economy where only 20% of the respondents were expecting a contraction. Back then, the respondents in the prior CPA Australia survey have blamed the negative outlook on retail property prices (90%).

Lack of fiscal stimulus
Apart from the continuing effects of the political unrest, Natixis proclaimed the government’s $19b fiscal stimulus package “was too small and too regressive to support the economy from its downward trajectory.” The firm further pointed out that this only represents 0.7% of GDP.

In October, the government announced that they will subsidise fuel costs of public transport and commercial vehicles and add exemptions from commercial vessel inspection fees. On the retail front, they also announced to expand rent cuts.

“It is true that the government support is now seemingly more targeted on the sectors most impacted by social unrest, such as transport, retail and hospitality. Fuel subsidies and the expansion of rent cuts are the core of the package together with measures on tourism to be announced soon,” said Alicia Garcia-Herrero, chief economist at Natixis. “But the problem is these measures support corporates rather than the low-income population. This is once again a regressive package as income inequality remains a big problem for Hong Kong.”

Garcia-Herrero noted that such measures are not enough to ease cyclical pain, such as market sentiment and confidence, and doesn’t even address structural problems such as income inequality and healthcare.

“Fuel subsidies may not be relevant if there is no business. Rent cuts could be positive for corporates but it is highly uncertain on whether the sweetener will be passed to employees. In the same vein, subsidies on airfare for domestic residents will only drive consumption away to other locations whilst rebates on hotels for tourists may not be attractive if the light of the tunnel of social unrest remains distant,” Garcia-Herrero added.

The government is also keen to provide support for the residential market. Carrie Lam’s policy address stated that that they will allot $5b to provide 10,000 transitional housing units. This is said to imply that the government see housing and land supply as the issues most needed to be addressed in the short-term.

Further, the Land Resumption Ordinance is expected to supply more units for public and starter homes, whilst further announcements will be made for the Land Sharing Pilot Scheme mentioned in 2018 to provide incentives for a mix of public and private housing with developers. These actions are expected to bring a rebound in property prices despite Hong Kong’s economic recession, according to DBS Research.

“Transaction rebounded shortly after the announcement of Chief Executive Carrie Lam’s Policy Address. With the raised cap on the value of properties under the Mortgage Insurance Programme, potential home owners could access the property market with higher leverage and weaker stress test requirements. [L]and supply policies such as Use of Lands Resumption Ordinance and Lantau Tomorrow remain as medium-long term solutions.”

This aims to control home prices and improve affordability, of which are dependent on macro-prudential policies and home supply. However, Natixis noted that such goals can be questionable as well.

“An average of 31,500 public units is needed per annum based on the most recent Long Term Housing Strategy, but there is clearly a shortfall in the current pipeline.”

Furthermore, Deutsche Bank’s head of research for Asia Pacific Property Michael Spencer explained that prices can be essential to Hong Kong’s economy as the events from the Asian Financial Crisis (AFC) compared to the Global Financial Crisis (GFC) have proven.

He pointed out that during the AFC, the property price index peaked in October 1997 and fell 45% over the following year. But then prices kept falling for another five years, ultimately falling 66% before bottoming out after the SARS outbreak. After the GFC, by contrast, prices fell only 17% in the second half of 2008 but regained all those losses over the following eight months.

“Whilst their strategy for bringing prices down is not well articulated – they have simultaneously made it easier for people to get mortgages and committed to an increase in public housing supply – we think they are determined to get prices significantly lower. Our medium-term outlook therefore assumes that prices fall about 10% pa in 2021 and for a few years beyond. We think the risks are tilted towards this being an overly optimistic assumption,” Spencer said.

A year of recovery
Despite the lack of government support, foreign direct investments and exports are not expected to be negatively affected as much, according to a report by Deutsche Bank.

“The economy has declined sequentially in four of the past six quarters. This is not as bad a recession as was experienced during the 2008/09 GFC – GDP declined 7.5% YoY in 2009 Q1 – and we don’t expect such a large contraction in output mainly because we think exports won’t decline nearly as much as they did in 2009,” Spencer added.

He describes Hong Kong’s export declines “usually short-lived”. Even though export growth is projected to be a little lower in Q4 2019, there may be no further increases in US tariffs or dramatic depreciation of the USD. As a result, export volume growth could be slightly positive by the end of 2020 and above 5% by the end of 2021.

“Goods trade will likely rebound more quickly than services exports. Tourist arrivals were down 43.7% YoY in October – arrivals by land and sea are down more than 80% over the past five months. To some extent these will bounce back quickly if the political situation improves, but we think it will take more than a year for tourism to fully recover,” Spencer added.

On the investment front, Hong Kong will still remain as conduit for Mainland China firms to tap the rest of the Asia-Pacific markets and vice versa, according to Lennard Yong, group CEO of Tricor Group.

Tse also echoed the sentiment, stating that it is a key destination for Chinese corporates to raise funds. He cited the recent Alibaba IPO as a case in point.

“I think if you look at the economic development in terms of industry. I would suggest to actually look at it from geography, because most of the drivers of Hong Kong’s growth continues and still comes from Mainland China wanting to use Hong Kong as a platform for their offshore investments. A large part of our IPO listings large corporations, come from mainland originated companies,” Yong explained.