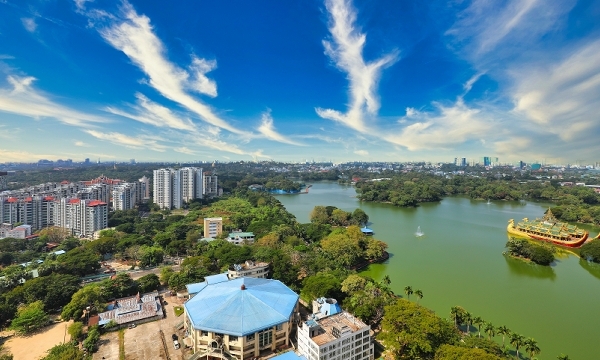 And more companies to move supply chains to China as COVID cases spike in other Asian economies.

A recent Reuters poll reported that residential property prices have bounced back from the slump of the pandemic-stricken 2020, driven by low mortgage rates, swift vaccine reollouts, and easing of restrictions.

Out of the 92 economists polled by Reuters, 55 said risks were skewed to the upside over the coming year when it came to global house prices, while the remaining 37 were more downbeat.

The same respondents, however, were split when it comes to demands for office space.

United Nations special envoy for Myanmar Chrisrine Schraner Burgener warned of a possible civil war in the country, as more people are arming themselves against the military junta. She added that the military has killed ore than 800 people, arrested more than 5,300, and issued more than 1,800 arrest warrants. And those are only the confirmed numbers.

For the past three weeks, from her base in Thailand, the envoy has been in duscussion with key parties on starting an inclusive dialogue that would include ethnic armed groups, political parties, civil society, strike committees, and the army, along with a small group of witnesses from the international community.

“Clearly it will not be easy to convince especially both sides to come to a table, but I offer my good offices ... to avoid more bloodshed and civil war which would last a long time,” Schraner Burgener said. “We are worried about the situation and clearly we want that people on the ground ... decide how they want to see the country going back to normal.”

Supply chains could pivot back to China as COVID-19 cases continue to increase in India and Vietnam, according to Pinpoint Asset Management chief economist Zhang Zhiwei.

This, after trade tensions between the US and China caused companies to move their supply chains out of the East Asian giant, including big name companies such as Samsung and Foxconn.

The suspension of international travel to India and Vietnam to new factories could put the relocation of supply chains on hold, he added.