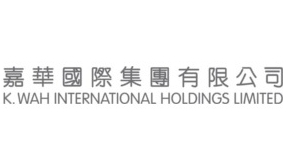 Its underlying profit dropped to $490m.

K. Wah International Holdings Limited (KWIH) reported its profit amounted to $780m in the first half of the year, whilst its underlying profit dropped to $490m due to fewer contracted sales.

“Having considered the amount of contracted sales yet to be recognised and the development progress of various projects, the Board of Directors remains confident in maintaining the Group’s long-term business growth,” the group noted. It declared an interim dividend of HK7 cents.

Total revenue during the period amounted to approximately $3.2b, mainly from the property sales of Solaria in Hong Kong, The Palace III and Windermere in Shanghai, J City in Jiangmen and two joint venture projects in Jiaxing and Kunshan, amongst others.

In Mainland China, KWIH has lined up the following projects: VETTA in Suzhou, Jiangning District project in Nanjing and Weifang Village Street project, and Pudong New District in Shanghai.

“The path to economic recovery and the business environment will continue to be challenging,” Lui Che-woo, Chairman of KWIH, said in a statement.

“KWIH however remains cautiously optimistic about the long-term development of the local and Mainland property markets.”