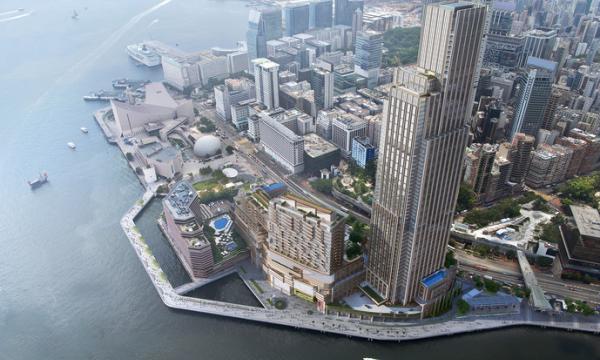 Bloomberg reports that New World Development Co. said that the office component of the HK$20.3 billion ($2.6 billion) Victoria Dockside complex in Kowloon is already 70 percent leased, and will be fully rented by March or April when the entire building opens.

Rents in the building are about HK$85 per square foot a month, according to realtor Prime Property, though “early bird” tenants including Mizuho and Taipei Fubon Commercial Bank Co. got lower rates, Adrian Cheng, K11 founder and executive vice chairman and general manager of New World, said in an interview.