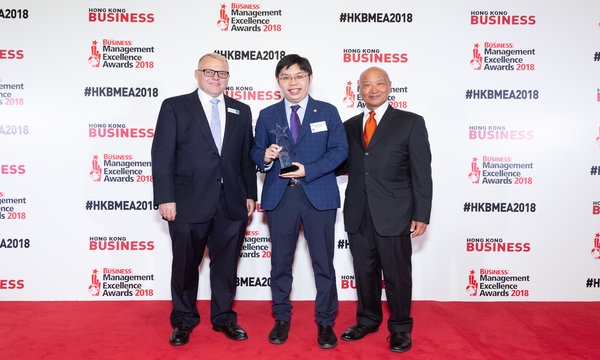 Under Shum, the company collaborated with Disney for Avengers-themed watches.

Personal accolades and a collaboration with a big international brand are among the achievements of William Shum, Founder and Chief Executive Officer of Memorigin Watch Company Limited. Memorigin, the first Hong Kong brand which only produces tourbillon timepieces, partnered with Disney to produce Avengers-themed watches in 2015. Shum was also recognised as one of the Young Industrialist Awards of Hong Kong in 2015 and the Chinese Outstanding Youth in 2016.. Because of these, Shum won the Executive of the Year for Luxury Retail at the Hong Kong Business Management Excellence Awards 2018.

One of the highlights in Memorigin's portfolio is its collaboration with Disney in 2015 to produce the world’s first Avengers 2 Series tourbillon. Under the partnership, Ironman and Captain America were carved on the dial to present a real and 3D sensation. The tourbillon’s polishing, assembly and quality control were overseen by master watchmakers and their teams to ensure the “perfection of art.”

Besides cooperating with Disney, Memorigin also does different crossovers with celebrities in Hong Kong. "We use the design inspiration from my dad's antique wood collection to embed inside the watch design to fulfill the merger of east and west as a Hong Kong brand," says Shum.

The world's continued fascination on the tourbillon lies in its original scarcity and complex mechanical movement. Between 1821 and 1895, restricted by manufacturing technology during that century, the global output of tourbillons was merely 500 watches. While modern technological and production advances have meant more connoisseurs now have access to this mechanical masterpiece, the complexity and fascination in the tourbillon mechanism has endured and remains a milestone in horological excellence. Memorigin is one of the pioneers to combine the traditional watch mechanism and modern artwork.

The marvelous oriental sculpture combined with the western art of watchmaking creates a tourbillon watch which has strong Hong Kong cultural character. Memorigin tourbillon watches are designed by Hong Kong top designers and collectors with innovative concepts. Besides the traditional elegant style, it also adds cultural elements into the design, leading the oriental art to be international. In addition, Memorigin aims to bring its customers the eternal flow of happiness and sweet memories via its unique word carving service. Thus, despite being around for only several years, the company is now selling in more than 20 countries including Taiwan, Japan USA, United Arab Emirates, Singapore, Malaysia, Vietnam and Australia.

The inaugural Hong Kong Business Management Excellence Awards was held on November 28, 2018 at the Conrad Hong Kong. The award aims to honour the City's most outstanding business leaders, including noteworthy individuals and teams whose initiatives have brought tangible business gains for their company's operations.

If you would like to join the 2019 awards and be awarded as one of the most outstanding management executives of Singapore, please email julie@charltonmediamail.com.