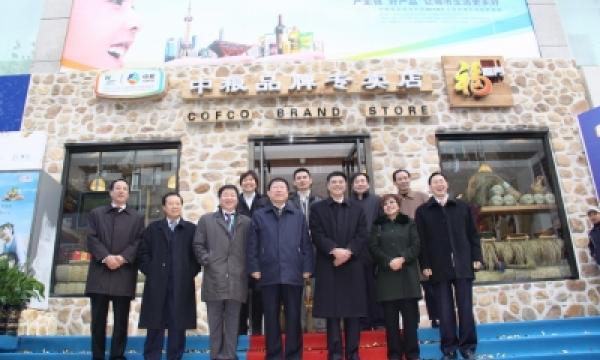 The company priced the shares at HK$8.75-HK$9 as it offers 5 year convertible bonds.

China Agri-Industries is offering shares at HK$8.75 ($1.13) to HK$9 apiece, a discount of as much as 7.9 percent to its closing price of HK$9.5, according to the people, who declined to be named because the information isn’t public.

The Hong Kong-based company is also selling five-year convertible bonds, which can be swapped for shares when the stock rises 25 percent to 30 percent above current market prices, said the people. The bonds will carry a coupon of 1 percent.

Investors can require the company to redeem the bonds after three years at 103.08 percent of face value, according to the people. The issuer can call the bonds, also after three years, based on the shares’ performance. If the bonds remain outstanding until maturity, they will be redeemed at 105.23 percent of par, giving a yield to maturity of 2 percent.

View the full story in Bloomberg.