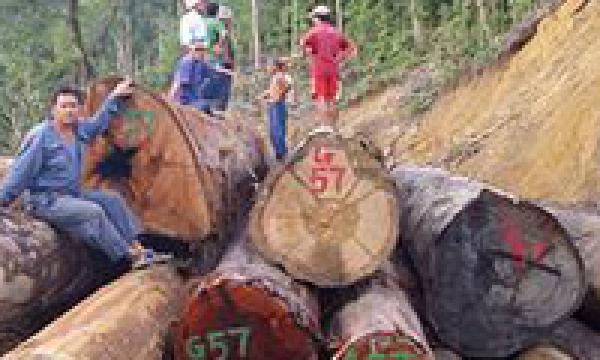 Sustains growth due to strong demand in China and India markets especially for logs which recorded increased sales volume and selling prices.

Business Review
During the period under review, Samling recorded a 30.5% increase in revenue to US$350.9 million (HK$2,737.1 million) and registered a gross profit of US$39.0 million (HK$304.3 million) and gross profit margin of 11%. The positive results was largely driven by the improving global economic environment and the various business segments of the Group being on the right track of performance improvement, especially in the log trading business which was supported by strong demand from China and India.

Mr.Yaw Chee Ming, CEO of Samling, said, “The first half of FY2011 was one of renewed optimism as the world’s developed economies, spurred by stimulus packages were on a gradual recovery path. We are encouraged by the upside earnings of our business supported by the Group’s strategy of preserving resources, enhancing operational efficiency and tight monitoring of cash costs of production and overall cost control.”

Log Trading
Log trading was the largest contributor to the Group’s revenue and operating profits, accounting for approximately 41.7% of the Group’s total revenue.

India remains a key log export market for the Group. Sales to India accounted for 39.0% of total hardwood log export sales. With an increasingly affluent population and rapid urbanisation, India is boosting its demand for harder log species which fetches a higher price premium.

Mr. Yaw continued, “We are pleased to see continuing strong performance in India and China as well as the recovery in the Japan market. We will continue to monitor the timber market closely and continue to execute the best strategies in selling the logs that would generate optimum profitability to the Group in the long term.”

Plywood and Veneer
Plywood and veneer contributed 25.0% to the Group’s total revenue for the financial period under review.
The Group’s plywood segment had to operate under challenging trading conditions due to the lack of fresh leads from Japan, the key market for the Group’s plywood exports. Although housing starts improved in 2010 from the record lows of the previous year, the impact was not significant as buyers only returned to the markets towards the end of the financial period under review after the drawdown of existing stocks to meet increased housing starts requirements. To mitigate depressed demand from Japan, the Group shifted focus to other markets, including Australia, leveraging on its distribution network. Although the volume sold was lower, the Group managed to achieve higher export plywood prices of US$471.8 per m3, principally due to higher sales of niche plywood products and a recovery in prices in the later part of the financial period.

Increased veneer sales were recorded this financial period under review. This was mainly due to better margins for veneer, with plywood producers increasing their veneer purchases towards the later part of the financial period when log supplies were in shortage, according to a Samling Global report.

Flooring Products
Riding on the still buoyant housing sector, the domestic market in China remains strong. For the financial period under review, the Group achieved revenue of US$44.4 million (HK$346.3 million) from its flooring business, an improvement of 78.4% over the same period last year.

The increase was substantially due to the US$37.0 million (HK$288.5 million) revenue contribution from Elegant Living representing 83.3% of the Group’s flooring revenue. Elegant Living, a market leader in hand sculpted engineered flooring and one of the largest manufacturers and distributors of flooring products in China has hit the 1,000 store mark from 825 stores in the 2010 fiscal year.

Outlook
Commenting on the outlook, Mr Yaw said, “The Group experienced strong demands for logs from China and India in the first half of the financial year and we expect this to continue in the second half. China will continue to be a key market for the Group’s logs. On a similar note, India’s 2010/2011 economic gross domestic product growth is also expected to surpass that of the previous year and this augurs well for log exports to India.”

“For the plywood sector, in spite of a generally subdued Japan market, the gradual improvement in housing starts with buyers rebounding into the market to replenish depleting stocks will optimistically see plywood demand and prices improving in coming months.”

Mr Yaw concluded, "We will continue to improve our operational efficiency by enhancing the productivity of our workforce and our equipment fleet while keeping a tight rein over cost. Based on the current assessment, management maintains an overall positive view for the Group’s performance for the rest of the financial year.”