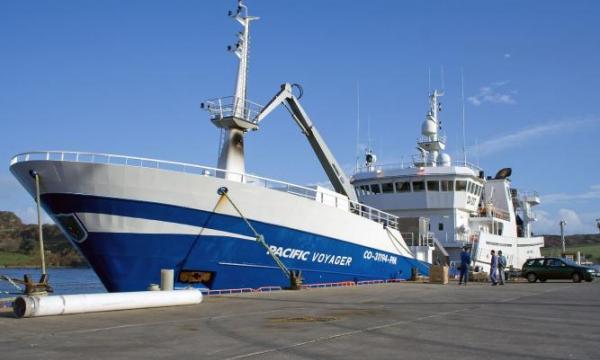 The net profit of China Fishery, another subsidiary of Pacific Andes, also grew 7.9% to HK$153.7mn.

On the back of higher revenue from both frozen fish supply chain management (“Frozen Fish SCM”) and fishing divisions and greater operating efficiencies, PARD recorded revenue growth of 10.9% to HK$1,734.8 million for 1QFY2011. In tandem with the higher revenue recorded, its gross profit increased by 21.9% to HK$379.6 million, while net profit rose 11.2% to HK$167.4 million and net profit attributable to owners of the Company grew 0.4% to HK$100.8 million despite a dilution of shareholding of 7.4% consequent to placement of China Fishery shares to The Carlyle Group.

Revenue from Frozen SCM division, which accounted from 48.3% of total revenue, rose 8.3% to HK$837.3 million due to higher sales volume. The higher sales volume was partially due to a temporary shipment delay in the previous quarter. Revenue from the fishing division, which accounted for 51.7% of total revenue, grew by 13.5% to HK$897.5 million. The increase was mainly due to higher total allowable catch in the North Pacific trawling operations in calendar year 2010 leading to higher catch volume, and contributions from the sale of catch from the South Pacific operations.

In December 2010, PARD partially completed its strategic acquisition of 19.76% stake in ASX-listed Tassal Group Limited, a vertically integrated salmon grower, processor, seller and marketer that delivered EBITDA growth of 34% CAGR over the past 5 year. This investment marks its first foray in Salmon farming and will offer PARD a good platform to gain a deeper insight into a new seafood business with exciting growth potential.

In exploring options to improve China Fishery’s liquidity position and strengthen its balance sheet, China Fishery proposed a dual primary listing on the Stock Exchange of Hong Kong Limited on 17 December 2010. This additional platform is expected to enhance its access to a wider range of institutional and retail investors and further strengthen its capital base.

Commenting on the outlook of PARD and China Fishery, Mr. Ng Joo Siang, Vice-Chairman and Managing Director of Pacific Andes said, “We are pleased to report a healthy first quarter for FY2011 with increased revenue and improved profitability. Our fishing division acquired two additional catcher vessels for its South Pacific operations, with an aim to improve the utilization of the factory vessel. Besides, with the fishing fleet deployed and fully utilized in Mauritania during the South Pacific non-fishing season, and higher quota share in Peru from strategic acquisitions, we expect our fishing division to continue performing to expectation. Looking ahead, we will continue our efforts in cost and efficiency management and explore acquisition and consolidation opportunities. With all strategic plans in place, we are confident the PARD and China Fishery to deliver satisfactory results for FY2011 barring unforeseen circumstances.”