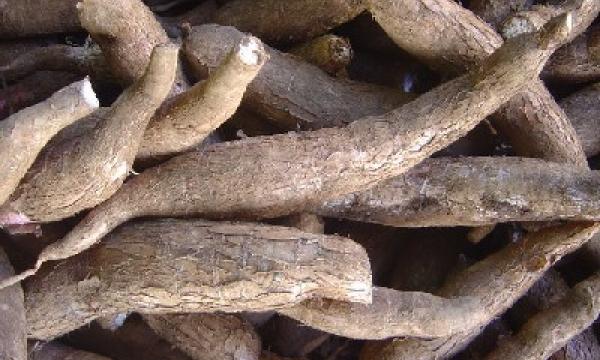 During the year under review, the Group’s revenue has more than doubled to HK$2.0 billion (2009: HK$919.3 million) on the back of favourable environmental policies commenced in the PRC together with its strong economic recovery. Gross profit margin was slightly down from around 20.5% in 2009 to around 18.2%, mainly due to an increase of the cost of sales, representing the cost of dried cassava chips, from around HK$730.6 million for the previous year to approximately HK$1.6 billion.

The margin result reflected a combination of simultaneous growth in both sales volume and average unit cost of dried cassava chips, as well as a more aggressive direct sales approach was executed, which usually results in a relatively lower gross profit margin, in order to capture larger market share quickly. Profit for the year was around HK$100 million, representing a significant increase of 101% compared to HK$50.0 million in 2009. Basic earnings per share were 31.1 HK cents. (2009: 22.1 HK cents).

The Group maintained a strong financial position with a gearing ratio of 17.1%, representing a notable improvement from 30.1% as at 31 March 2009, including cash and cash equivalents of approximately HK$64.0 million. The Board of Directors recommended a final dividend of 6 HK cents per share for the year ended 31 March 2010. Including the interim dividend of 2 HK cents per share already paid, total dividend for the year will be 8 HK cents (2009: 5 HK cents) per share.

In 2007, after the National Development and Reform Commission (“NDRC”) of the PRC published the “Mid-and Long-term Development Plan for Renewable Energy”, an increased demand for cassava emerged in the market. According to the PRC’s Customs statistics, imported dried cassava reached 870,000 tonnes as of March 2010, 80% of which was from Thailand. As the largest procurer and exporter of dried cassava chips in Thailand, the Group is armed with an all-round integrated business model encompassing the procurement, processing, warehousing, logistics and sale of cassava chips.

During the year under review, the Group proactively expanded its procurement network and drying yards by establishing two strategically located procurement and warehouse centres in Thailand and Cambodia. The Group currently has five procurement and warehouse centres with a total capacity of 215,000 tonnes. It pioneered the “365-day open door policy” which encourages direct purchase with farmers for cassava in cash. While developing an extensive procurement network, the Group has also optimised its logistics facilities to enhance its competitiveness. The Group’s warehouse in Sriracha is equipped with the only conveyor belt in Thailand for cassava chips, allowing cassava chips to be loaded directly to the vessels, minimising the cargo-readiness time and hence transportation costs.

Moreover, all the procurement warehouses are at the Group’s proprietary ports to cater for shipment. In order to meet the stronger demand for shipping, the Group has purchased its first dry bulk vessel with a capacity of 65,000 metric tonnes (carrying capacity of 43,500 metric tonnes) at the cost of approximately HK$46.4 million during the year. The vessel commenced shipping in June, enabling the Group to control delivery costs further and hence enjoy a more efficient and flexible logistics arrangement.

Looking ahead, China’s favourable national policy for renewable energy is expected to boost the domestic demand for renewable ethanol fuel, and a prosperous renewable energy industry in turn benefits the Group. The recent environmental policies also reinforce the bright prospects for the Group’s business development and should serve to further accelerate its growth. According to NDRC, the production volume of non-grain ethanol fuel is expected to rise along with market consumption by increasing 1 million tonnes p.a. since this year, and reach 10 million tonnes p.a. by 2020. One million tonnes of ethanol requires around 2.9 million tonnes of dried cassava chips, translating into an enormous market demand in the future.

Mr. Chu Ming Chuan, Chairman of Asia Cassava Resources, said, “At present, cassava demand in the PRC has already exceeded supply and hence the cassava price keeps on rising, revealing huge business potential for the Group. We plan to replicate the proven successful integrated business model in Thailand to Cambodia, Laos and beyond. We also hope to establish more procurement and warehouse centres every year in order to expand our business scale. The RMB Trade Settlement with ASEAN countries promulgated by the PRC this year provides the Group with more flexibility in using RMB as a transactional currency for dried cassava chips procurement in ASEAN countries such as Thailand, Vietnam, Cambodia and Laos as well as for sales in the PRC. This initiative has helped facilitate our clientele and business development. Riding on our broad procurement channels, extensive procurement network and warehouse facilities, together with the optimised logistics capabilities and the widespread sales network in the PRC, we expect to continue to enlarge our market share and generate stronger returns for our shareholders.”