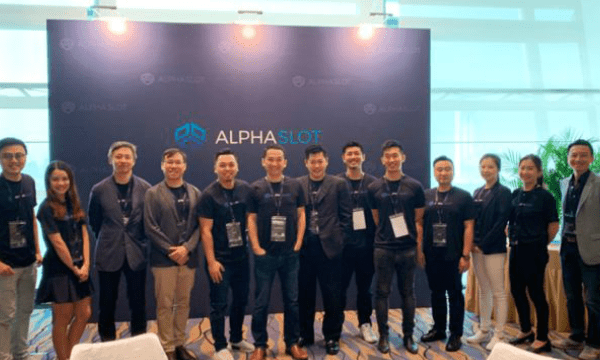 It is also launching a utility token called SLOT for in-game purchases.

Hong Kong-based startup Alphaslot has raised millions in a funding round led by China’s Sora Ventures as it seeks to build a blockchain-based gaming ecosystem and dive headfirst into a market that is expected to exceed US$130b by 2018.

“New technologies such as 3D and VR are widely applied in the industry, but the market remains frustrated in its efforts to develop new clientele. The rise of blockchain technology, however, will break these hurdles and usher the global entertainment gaming industry into a new interactive era,” Raymond Chan, CEO of Alphaslot said at the Global Digital Entertainment Summit 2018 in Macao.

With the vision of ‘tokenising’ casino gaming, Alphaslot aims to enable players to better manage their games and assets. Through distributed ledger technology, the startup significantly facilitates the gaming process through the speed, security and traceability of the tech.

Alphaslot will also be launching its own utility token called SLOT that can be used for in-game purchases to unlock new features or games. Users can also work on their personalised avatars.

“Alphaslot provides a brand-new solution while serving as the bridge that allows blockchain mutual support and transaction, effectively consolidating e-sports and all entertainment gaming venues, integrating the online virtual environment with the physical environment, creating a world of entertainment with 100 million participants annually,” Chan explained.

Although the startup is initially making a bet on the casino sector, Alphaslot aims to make its mark on the entire gaming market from social, esports to console gaming. The startup also aims to develop its own purpose-built blockchain protocol for data and token management as it looks to graduate from building on the Ethereum blockchain and the associated costs and on-chain storage demands.

“Currently the blockchain technology is limited by the lack of interoperability, low TPS and small block size. Alphaslot provides a brand-new solution to solve these problems. Alphaslot is committed to building a bridge that connects different blockchain systems to create a closely connected gaming world,” added Chan.