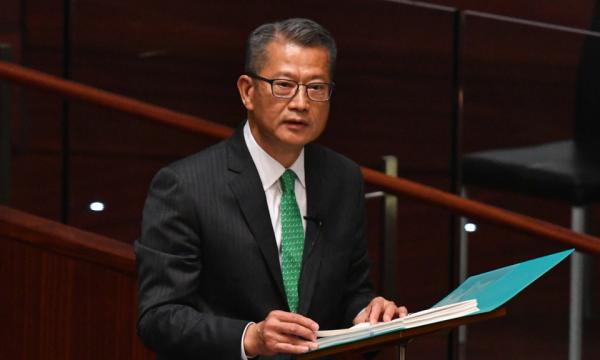 Here’s how EY, Deloitte, PwC and KPMG weighed in on the increased stamp duty and more.

The 2021 spending plan of the government encompasses major sectors hit by the crisis, from the vaccination of its residents and granting them consumption vouchers to providing additional support for enterprises through tax waivers.

Financial Secretary Paul Chan said in his 24 February budget statement that $8.4b will be set aside for the procurement and administration of COVID-19 vaccines. The government will also extend consumption vouchers to encourage spending.

Aside from this, Chan recommended the waiver and reduction of certain taxes charged against businesses, equivalent to a total of $9.5b. The government will not be introducing new taxes at this time, but moved to increase the rate of Stamp Duty on Stock Transfers to 0.13% from 0.1% as an additional revenue source.

For EY, the 2021/22 budget provided a “reasonably good balance” in terms of the pandemic response across all sectors.

“Although the electronic consumption vouchers will involve $36b, it is an exceptional one-off measure taken in light of the current special circumstances and therefore should not impose a burden on Hong Kong’s long-term fiscal position,” said Agnes Chan, EY's managing partner for Hong Kong and Macau. She also said the measure is expected to bring1% gross domestic product (GDP) growth.

Further, the firm also welcomed the proposal to allow foreign investment funds to re-domicile to Hong Kong through the Open-ended Fund Company (OFC) and Limited Partnership Fund (LPF) and the grant subsidies to cover 70% of expenses paid for local professional services for OFCs set up in or re-domiciled in Hong Kong.

The firm also noted the proposed Stamp Tax increase is “relatively mild” and should be “acceptable” to stakeholders, whilst other firms suggested that the government consult the industry and revisit the proposal.

“The proposed increase in stamp duty on stock transfers from 0.1% to 0.13% is relatively mild and should be acceptable, given the Government has very limited room to introduce new taxes or revise profits tax and/or salaries tax rates in these challenging times. Such increase should not have a long-term impact to the competitiveness of the HK stock market because the rate could be adjusted according to the market conditions and overall economic environment,” said Paul Ho, financial services tax and business advisory services partner at EY Tax Services.

Meanwhile, PwC raised the need for the government to consult the financial services industry as well as take their positions into consideration on whether to push through with the increase.

The PwC added the government should also revisit the proposal at an appropriate time and consider adjusting the rate to make the stock market more competitive against other major international stock markets that currently do not impose stamp duty.

The firm, likewise, supported measures proposed by the government, but noted that apart from appropriate allocation, the government will have to ensure its “timely and effective execution.”

KPMG had also asked the government to keep the stamp duty, seen to bring $12b additional revenue, under review. This is due to lingering uncertainty amidst ongoing challenges to the economy.

The firm also expressed support for the government, particularly its plan to do away with new taxes and strengthen Hong Kong’s position as an international financial centre and wealth and asset management hub.

KPMG suggested that the government should bring more focus in assisting employees through re-training and re-skilling programs.

Deloitte made similar proposals to ensure Hong Kong talents are catching up in terms of skillsets needed, particularly in light of the government’s support for the Greater Bay Area development.

“As a firm, it is vital that we upskill our young talent for future professional growth. We are committed to continuing to support the career development of Hong Kong youth and their prospects within the GBA," said Edward Au, Deloitte's managing partner for China southern region.

Deloitte also recommended that the government re-think how to better use its fiscal reserves and enhance tax systems to broaden the tax base and revive the economy.