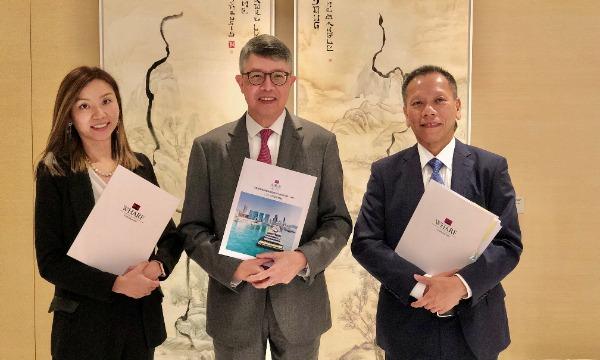 Its occupancy rates in its Hong Kong and Singapore properties remained high due to steady demand.

Wharf REIC reported during the 2020 Finals Results Announcement held 4 March that the decrease in net profits is inclusive of net Investment Properties revaluation deficit of $13,765m and group loss attributable to equity shareholders amounting to $7,854m. It recorded a basic loss per share of $2.59.

This performance was slightly mitigated by the increase in Mainland Development Properties sales recognised by Harbour Centre Development Limited.

In the company report, the COVID-19 pandemic was noted as a main disruptor to the group’s businesses. This was driven by the drop in visitor arrivals into Hong Kong since February 2020 and the various social distancing measures set in place which affected domestic consumption.

A total of $2b of rent support was extended to retail tenants, majority of it given in the form of base rent.

Meanwhile, its hotel revenue experienced a landslide of 58%, whilst its IP revaluation dropped 5.5%

Wharf REIC also reported on each of their main property markets.

For the Central Porfolio, Crawford House and Wheelock Housed have a steady demand from diversified tenants. By end of 2020, office occupancy was 94% and 95%, respectively. On the other hand, its retail premises were fully leased out. In total, revenue for this market increased by 2% and operating profit by 3%.

Its Singapore Portfolio was also reported. Wheelock Place’s office tower and retail portion recorded occupancy of 97% and 93% by end of year, respectively, whilst Scott Square mall retail garnered a 91% occupancy.