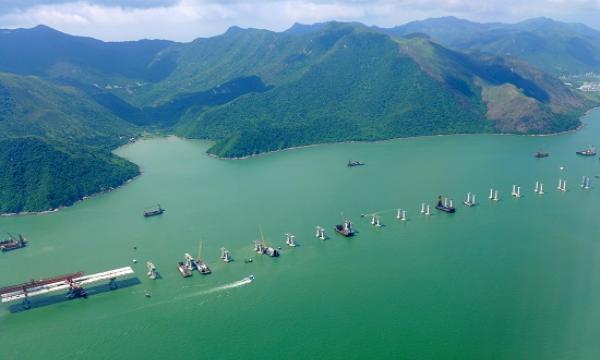 Hong Kong to shoulder $2.36b of mega bridge's cost overrun

It is expected to be divided between Hong Kong, the Mainland and Macau.

The additional capital cost arising from the cost overrun of the construction of the main bridge for the Hong Kong-Zhuhai-Macao Bridge (HZMB) is to apportioned by the Mainland, Hong Kong and Macau, with Hong Kong expected to shoulder $2.36b (RMB2b), according to a government press release.

The cost increase is attributed to difficult open sea construction conditions, increase in labour and material costs and refinement of design and construction schemes, the press release added.

The Transport & Housing bureau will report to the Legislative Council once the final amount is confirmed to seek approval for additional funding.

The HZMB, which has been touted as the world’s longest sea bridge, links the three territories along with three major cities on the Pearl River Delta.