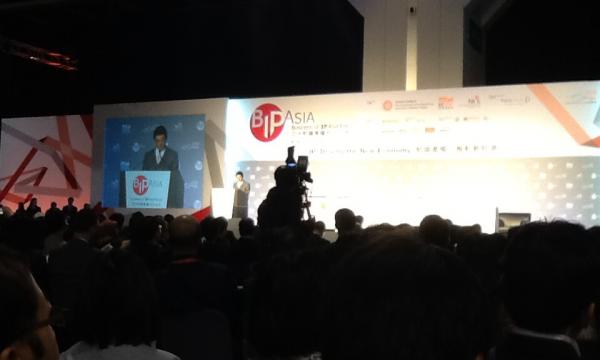 Patent applications have been rocketing.

According to Hong Kong's Chief Executive C Y Leung, Mainland China overtook the United States in the number of patents received in 2011. This he revealed in the Business of IP Asia Forum which kicked off today at the Hong Kong Convention and Exhibit.

He added that over 7000 patent applications from Mainland China were registered in Hong Kong, making it an ideal place to tap into Mainland China as a hub for regional IP transactions.

Last year, more than 4 500 designs from 40 countries were registered with the Hong Kong Government's Intellectual Property Department. Of these, almost 500 designs originated from the Mainland of China, which is more than double the number for the previous year.

In 2012 too, there were almost 7 000 trademark applications received from Mainland China, which is almost double the number in 2008 and second only to those from Hong Kong.

He also said that Hong Kong is ranked 1st in Asia and 7th in the Global Innovation Index released in July. "It isn't always easy to put value on your ideas. Intellectual property needs the right environment to thrive," C Y Leung said.