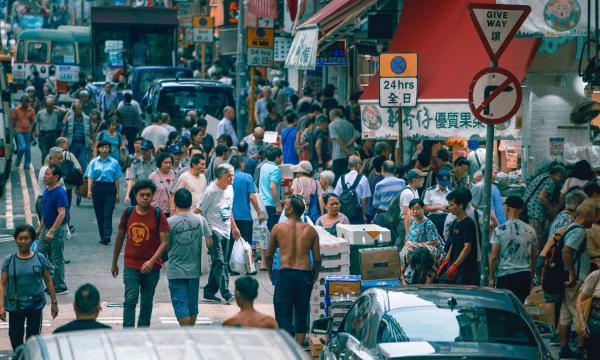 Hong Kong’s gross domestic product (GDP) contracted 8.1% in Q2 compared to a year earlier to $637.9b, according to data from the Census & Statistics Departmebt (C&SD), amidst a period of global economic upheaval resulting from the COVID-19 pandemic.

The city’s gross national income (GNI) also decreased by 7.5% during the same period to $698.7b at current market prices.

The GNI denotes the total income earned by Hong Kong residents from engaging in economic activities.

GNI’s value was larger than GDP by $60.8b during the quarter, which was equivalent to 9.5% of GDP in Q2, mainly attributable to a net inflow of investment income.

Total inflow of primary income—which mainly comprises investment income—is estimated at $442.4b in Q2 or 7.5% lower from a year earlier. It is also equivalent to 69.4% of GDP.

Mainland China continued to be the largest source of Hong Kong's total primary income inflow in the second quarter, accounting for 39.6%. This was followed by the Cayman Islands, with a share of 17.7%.

In terms of total primary income outflow, mainland China and the British Virgin Islands remained the most important destinations in the second quarter of 2020, accounting for 26.2% and 22.2%. respectively.