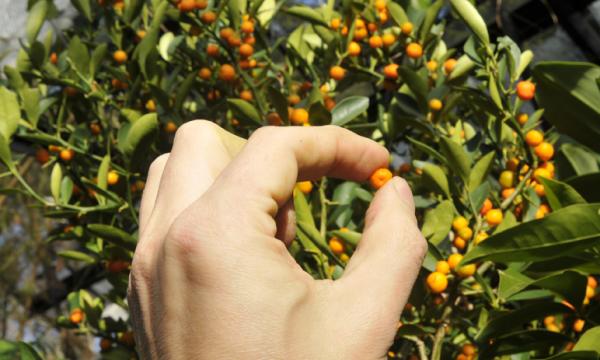 The company increased sales and production volume while further positioning its company to achieve operating synergy in consumer market.

As at 31 December 2010, the Group continued to maintain a strong financial position with net cash balances amounting to RMB2,051.3 million.

Mr. Tony Tong, Chairman and Chief Executive Officer of Asian Citrus, said, “We are pleased to report continuous growth in revenue and net profit for the review period, which was mainly attributable to the increasing production volume of high quality products and direct sales to supermarkets. The completion of Beihai BPG acquisition in November 2010 also marked an important milestone for the Group to expedite further business growth through tapping into the concentrated juice market in the PRC. We are optimistic towards the opportunities and challenges in the years to come, and also well equipped to deal with the ever-changing needs in the consumer market.”

Hepu Plantation
Output from the Hepu Plantation was approximately 50,517 tonnes for the six months ended 31 December 2010. The ongoing replanting programme at the plantation continues, where 63,584 winter orange trees have been replaced with the same number of new species of summer orange trees. The management believed these improved species of trees will deliver long term economic benefits by increasing average yields and achievable revenue per tonne. The first batch of 55,185 trees replanted during 2007 will commence production in the coming summer of 2011.

Xinfeng Plantation
The Xinfeng Plantation is fully planted with 1.6 million winter orange trees while all of which were producing oranges during the review period (1H 2009/10: 1.2 million), yielding approximately 93,181 tonnes of oranges, an increase of approximately 55.3% over the previous year’s production of 60,019 tonnes. The growing production was mainly derived from the increased production of its first three batches of 1.2 million winter oranges trees, which are yet to achieve full maturity, together with the trial production from the last batch of 400,000 trees.

The Group continued to expand its direct sales to supermarkets and renewed supply contracts with all of its existing supermarket customers. A total of approximately 38,572 tonnes of oranges was sold directly to supermarkets during the review period, representing an increase of approximately 21.9% as compared with the corresponding period last year. The increasing volume of direct sales to supermarkets will not only provide the Group with enhanced profitability but also lead to better product recognition within China, according to an Asian Citrus report.

Production of orange juice concentrate is expected to increase progressively in the following years eyeing on the booming demand of fruit juice product in China. Moreover, the Group intended to further expand the production capacity of Beihai BPG by constructing a new production facility by the end of 2011 in the Baise, Guangxi Zhuang Autonomous Region with expected annual production output capacity of approximately 40,000 tonnes.

To better facilitate the aforesaid development, 175 million new ordinary shares were placed at HK$8.88 each in December 2010, raising net proceeds of approximately HK$1,510 million. The proceeds are intended to be used for paying the cash consideration of HK$780 million in relation to the acquisition of Beihai BPG; financing the expansion of the production capacity of Beihai BPG; and financing the corresponding additional working capital requirement for Beihai BPG due to the expansion of its production capacity.

Mr. Tong concluded, “In light of the continuous growth of the Chinese economy, we are confident that the demand for high quality oranges and juice concentrates in China will continue to grow, providing the Group with an exciting opportunity to further expand its business in both the agricultural and fruits processing businesses. The Group will continue to build on its existing market leading position by expanding its distribution network, increasing our production capacity and enhancing our sourcing capacity through further development of nursery business.”