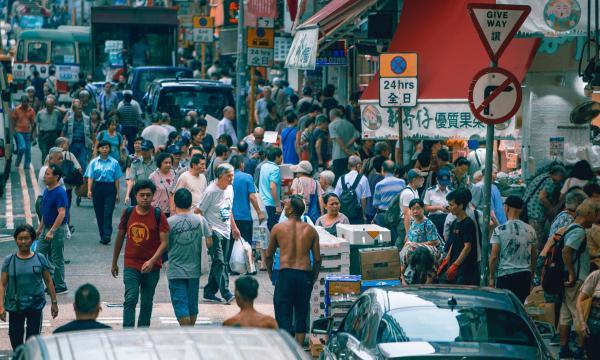 Underemployment rate similarly inched up to 3.7%.

The seasonally adjusted unemployment rate broadened from 5.9% in the March-May period to 6.2% in April-June, according to data from the Census and Statistics Department (C&SD). This marks the highest figure recorded in more than 15 years.

"The labour market continued to deteriorate for the second quarter of 2020 as a whole, but the pressure faced by the labour market showed signs of easing towards the end of the quarter as the local epidemic situation abated in May and June,” said Secretary for Labour and Welfare, Dr. Law Chi-kwong.

The unemployment rate grew across almost all the major economic sectors, with more distinct increases observed in the decoration, repair and maintenance for buildings sector; import and export trade sector; and warehousing and support activities for transportation sector. Underemployment was also seen rising in the transportation sector and education sector.

"Analysed by sector, the unemployment rate of the consumption- and tourism-related sectors combined edged up to 10.7% in April - June 2020, the highest since August - October 2003 after the onslaught of SARS, but their combined underemployment rate eased somewhat. The unemployment rate for food and beverage service activities stayed near the post-SARS high, at 14.7%,” Chi-kwong added.