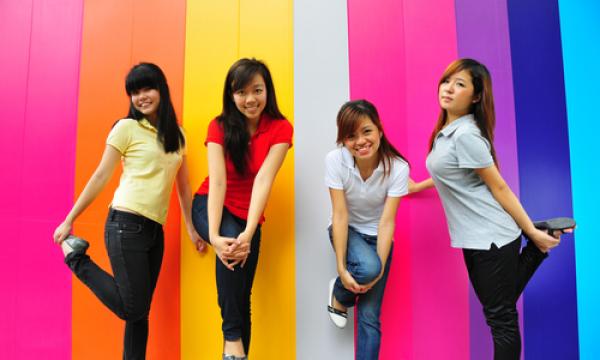 They're the ones spurring entrepreneurial growth.

It has been noted that, fueled by technology that has made entrepreneurship easier than ever, a strong desire for autonomy, and start-up role models such as Facebook’s Mark Zuckerberg, the two book-end generations of global workers – Millennials and Baby Boomers – are driving a surge in the number of professionals looking to create their own business or be self-employed.

According to a release from GoDaddy, a new global survey it commissioned notes that a staggering two-thirds (68 percent) of Hong Kong people plan to either start a small business or be self-employed within the next 10 years.

“We’re entering a bright time for entrepreneurs in Hong Kong. With more people choosing to become entrepreneurs supported by increased cultural acceptance and increased ease of technology use, more Millennials and Baby-Boomers in Hong Kong are looking to start their own small businesses than ever before,” said GoDaddy’s Vice President of Asia, Roger Chen.

Technology Empowers, Creates Growth: Workers say technology empowers. 84 percent of those surveyed said that technology made starting a business easier, and 60 percent said websites and social media are the most attractive channels to customers. As more people have become comfortable with new technology (cloud, social media, mobile) this decade, they are applying it to their entrepreneur ambitions. With these new technologies, people are looking at a much rosier future. 80 percent of small business owners expect their businesses to grow by at least 25 percent in 3-5 years.

Respondents are also aware that technology can put pressure on their jobs, leading to a potential reduction of hours and layoffs. Two-thirds of Hong Kong respondents (65 percent) were either laid off or had theirs hours reduced because of new technology. In comparison, 40 percent of global small business owners and future entrepreneurs responded as being impacted.

Generations of Challengers: When it comes to entrepreneurship, age is not a limit in Hong Kong. In fact, Baby-Boomers aren’t planning to stop working in their golden years – 87 percent plan to start their own venture or become self-employed in the next 10 years, while the Millennials are enjoying the best of both worlds - 44 percent of them expect to have a full-time job while working on the side. Nonetheless, 36 percent of Hong Kong people think that having work experience is the most valuable means to become an entrepreneur.

Indeed, Millennials are taking the plunge and starting new ventures at a pace never seen before. Compared to the rest of the world, Hong Kong entrepreneurship starts early on when people are students, 42 percent started their own businesses during that period of their lives, comparing to a global standard of 24 percent.

At the end of the day, entrepreneurs demonstrate a no-fear attitude. 48 percent of entrepreneurs would try again if their current venture failed. They say having a great idea (77 percent) is more important than grit and determination (59 percent).

What’s more - Hong Kong business owners are expecting more to be done by the government. 70 percent of the respondents think the Hong Kong government should do more to promote entrepreneurship and small businesses in Hong Kong. On the same note, half of Hong Kong people (55 percent) think that the government should change the laws and regulations for companies that run on a sharing economy model.