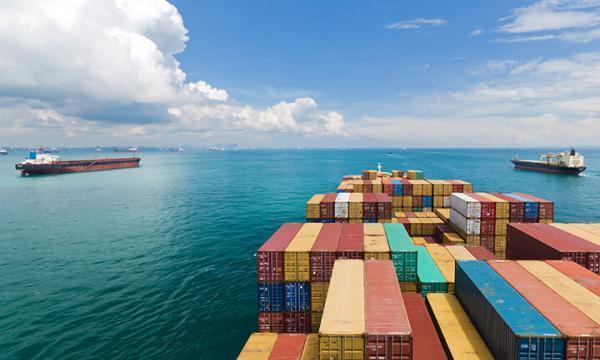 The value of total exports of goods continues to dip in June by 1.3% YoY to $305.6b, data from the Census and Statistics Department (C&SD) revealed. However, the figures showed that exports fell at a more relaxed pace following the 7.4% decline in May.

In H1, the value of total exports of goods slipped 6.9% YoY.

Amongst principal commodity divisions, the values of total exports sunk in miscellaneous manufactured articles (by $6.2b or -29.7%), non-metallic mineral manufactures (by $4.4b or ‑35.4%), articles of apparel and clothing accessories (by $4.4b or -45.4%) and photographic apparatus, equipment and supplies, optical goods, watches and clocks (by $3.5b or ‑37.3%).

However, exports rose in electrical machinery, apparatus and appliances, and electrical parts thereof (by $14.7b or 12.3%) and office machines and automatic data processing machines (by $5.6b or 19.3%).

Imports of some principal commodity divisions fell, in particular non-metallic mineral manufactures (by $8.5b or ‑51.1%), miscellaneous manufactured articles (by $6.3b or -29.1%) and photographic apparatus, equipment and supplies, optical goods, watches and clocks (by $4.3b or ‑43.8%).

“In face of a challenging external environment, Hong Kong's merchandise export performance will likely remain constrained in the near term,” a government spokesperson said.