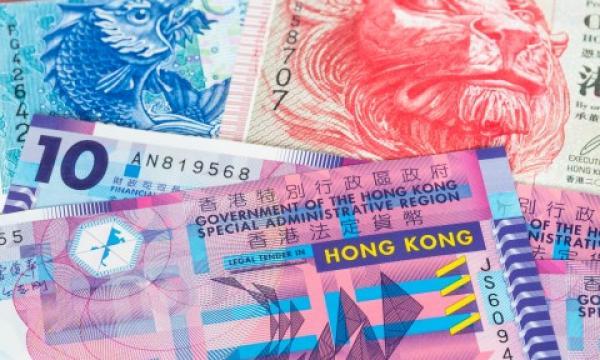 Only 39% of the companies reported a decline in wage rates.

The average wage rate in Hong Kong rose 2.2% YoY in nominal terms in March, the Census and Statistics Department (C&SD) revealed. This comes on the back of more than half (56%) of firms reporting increased wage rate during the month.

On the other hand, 39% of the companies saw their average wage rates fall over the same period. The remaining 5% reported no changes.

Further, the index of payroll per person engaged for all the industry sections surveyed rose 3.2% YoY in nominal terms in Q1.

C&SD added that for the nominal wage indices, YoY increases were recorded in all selected industry sections in March, ranging from 1.1% to 3.2%. However, real wage indices fell from 0.9% to 1.4% YoY in the import/export, wholesale and retail trades section; accommodation and food service activities section and personal services section.

Wages in the manufacturing section remained unchanged, whilst the other industry sections surveyed recorded YoY hikes of 0.2% to 0.7%.

As for the nominal indices of payroll per person engaged, payroll in the social and personal services section rose 10.2% YoY in Q1, thanks to pay adjustments and issuance of back-pay in some subvented organisations. In addition, YoY increases ranging from 0.5% to 3.8% were also recorded in all the other industry sections surveyed, except the transportation, storage, postal and courier services section and accommodation and food service activities section where YoY dips of 1.1% and 1.4% were recorded, respectively.

Overall, a government spokesman noted that overall wages continued to increase in nominal terms in March 2020 over a year earlier, but the rate of increase decelerated further to the slowest in close to a decade, as the threat of COVID-19 seriously disrupted a wide range of economic activities.

“After discounting for inflation, overall wages declined slightly in real terms over a year earlier, the spokesperson added. “The latest figures indicated the situation up to March only and have yet to reflect the full impact of the pandemic. The external environment also remains difficult as the pandemic continues to weigh on the global economy. Thus, the earnings situation will still face downward pressure in the near term.”