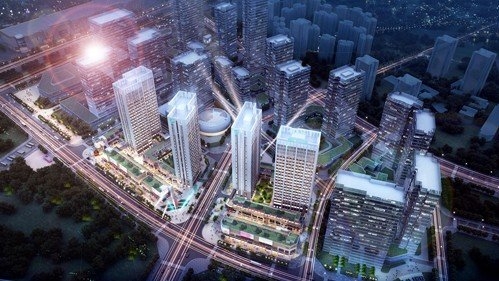 It posted RMB2.84b profit in the same period last year.

China Aoyuan Group Limited’s profit in the first half of 2021 remained flat at RMB2.843b from RMB2.84b in the same period last year.

Aoyuan had more than 70 urban development projects at different phases as of 30 June and is expected to provide more saleable resources of around RMB754.3b; RMB748.7b of which are located in the Greater Bay Area, it said in a statement.

It also said the proportion of new acquisitions located in tier 1 and 2 cities rose to 92%. As of 30 June, the total gross floor area of its landbank was at around 53.58 million square metres, with total saleable resources of about RMB593.9b.

The total saleable resources including urban redevelopment projects are worth about RMB1.3t, with the proportion of projects in tier 1 and 2 cities rising to 84%.

“Aoyuan will continue to deepen its strategy of ‘one core business with vertical development’ and drive synergies between Quality Living and Joyful and Healthy Lifestyle. This gives full play to the company’s comprehensive competitiveness, achieving sustainable and high-quality development, and thereby delivering stable and long-term returns to shareholders and investors,” it said.

It said total credit facilities were around RMB242.6b as of 30 June, RMB128.3b were unutilised, with cash collection rate was stable at 87%, and its liquidity was ample with total cash of around RMB68b.