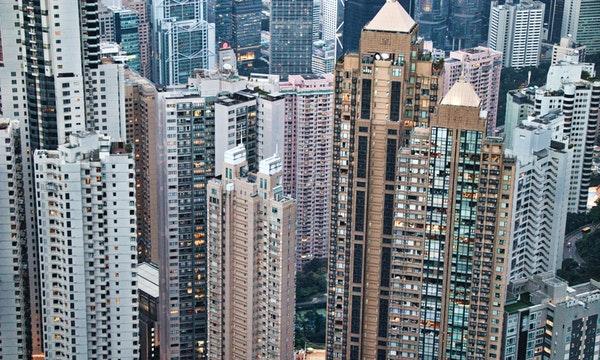 According to the latest report published by Urban Reform Institute and Frontier Centre for Public Policy, Hong Kong ranked last among 92 major housing markets, after recording a 20.7 in its median multiple scoring system.

The Demographia International Housing Affordability report describes the “median multiple” as the price-to-income ratio of the median house price divided by the gross median household income. Amongst the institutions that use this include the World Bank, United Nations, and the Organization for International Cooperation and Development (OECD).

Based on the four categories, all ratings which score 5.1 and over fall under the "Severely Unaffordable" house affordability rating.

Vancouver, Sydney, and Auckland were also categorized as "severely unaffordable" amongst major housing markets ranked by affordability after garnering median multiples of 13, 11.8, and 10, respectively.

Hong Kong had a median multiple of 20.8 in 2020, which brings a small improvement to this year’s score.

This is the 11th year that Hong Kong was ranked as the least affordable housing market in the world.

The pandemic, and the lockdowns that were set in place, caused many office workers to shift to remote work. Apart from office lease demand decreasing in the past year, the shift then turned to higher demand in residential spaces.

According to the report, the propagation of remote work resulted in an increased demand on housing that has more space both indoors and outdoors.

“House prices have escalated amidst the pandemic in a number of housing markets, even as incomes have been dropping a large portion of middle-income households. This is in large measure a result of substitution telework for physical commuting, which gave households the flexibility to seek new housing with more space, indoors and outdoors. This rapidly developing demand shock drove house prices up,” the report stated.

Whilst the demand shows a steady growth in the industry, it also reflects how relief may be provided to middle-income households in the long run.

The reduced demand of housing in least affordable areas may be a window for the global middle-class to move and afford the new price-points in these places.

“The flexibility of telework, and the disruption of life in the highest density employment and residential areas led many to relocate to more spacious houses with gardens (yards),” the study reported.

“Thus, greater remote working could begin to remove housing as a principal source of inequality. This could reduce housing demand in the least affordable areas, providing relief at every price point, including for many middle-income households whose living standards have decline [sic] as house prices have raced ahead of incomes. It provides the global middle class a ray of hope,” it added.

Based on recent reports, office lease in Hong Kong continues to decline.

JLL reported that an overall net withdrawal of 366,200 sq. ft. was recorded across the Grade-A office sector in January. This was mainly caused by occupiers opting to downsize and by the shift to remote work with most of its workforce. Knight Frank’s Asia Pacific Prime Office Rental Index affirms this, after recording a decline of 4.1% for Hong Kong in Q4 of 2020.

Meanwhile, the housing market shows similar figures, having sales down by 25% in January.

However, JLL reports that this is not the case for all residential markets. The secondary market, particularly the luxury transactions, continues to see positive upward sales.

Hong Kong is densely populated with only a limited area available for housing. As a result, the pandemic did not have much effect on the standing prices of properties.

Whilst the report shows that the industry sees a chance for middle-income earners to afford better housing, the same may not be available to residents of Hong Kong.

Known as a central hub for rising technologies and many other businesses, valuation for Hong Kong properties continue to stay competitive. As long as the drive for demand remains high, the market may not see any significant change in the near future for residential properties.

Although there is movement by some who opted to transfer to new spaces due to remote work, it appears that this is only possible for those who can afford the high property prices in Hong Kong.