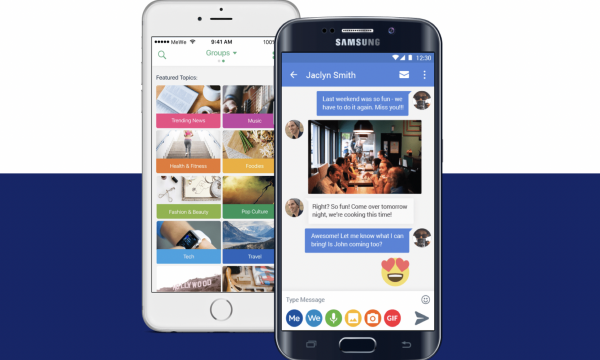 MeWe has gained popularity in Hong Kong since late 2020.

The recent controversies on privacy policy changes in platforms like Facebook-owned WhatsApp, as well as the mounting geopolitical tensions in Hong Kong, have led to a new trend of Hong Kong users migrating to newer, more privacy-focused apps.

For instance, social media app MeWe has gained popularity in Hong Kong amidst concerns on restraint of free speech and moderation. Since late 2020, the app has been one of the most downloaded on iOS and Android in the area and has amassed over 16 million users worldwide.

MeWe, which was launched in 2016, describes itself as “anti-Facebook” as it features a similar user interface but focuses on data privacy, lack of moderation, and simple news feed algorithm. The app also uses a subscription model, with users having to pay around $38 monthly to unlock all the premium features.

Moreover, the app’s business model does not rely on advertising. Rather, it relies on its subscription feature and selling of custom emojis, making it free from ads.

"It is clear that the world wants a better social network that treats its members as customers to serve, not data to sell. We've built a social networking experience that has a remarkable suite of features people love,” MeWe founder Mark Weinstein said in a statement.

Whilst Facebook remains relevant to this day amidst its huge reach worldwide, the newfound popularity of MeWe and other similar privacy-focused apps has led marketers to strategise to keep up with the “user migration” and marketing trends.

Facebook has a large customer base, but the decreasing organic reach makes marketing more expensive as more money has to be paid for the targeted audience to see the ads. Meanwhile, MeWe enjoys a higher interaction rate and a more organic reach on its pages despite less users.

A recent webinar by marketing agency Fimmick discussed that whilst the number of users of MeWe and similar apps has increased, brands should question first whether to follow them.

Fimmick Chief Executive Officer Willy Lai said marketers should consider that building a brand presence on and generating returns on investment from a new platform would take time and effort.