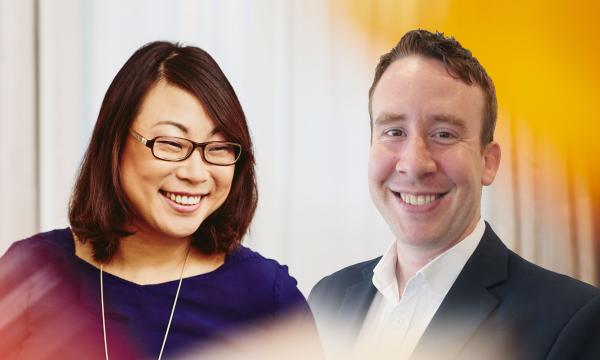 Foreigners may turn to destinations like Singapore, Indonesia and Vietnam in light of increasing unrest.

Expats that once flocked to Hong Kong for a career boost are re-evaluating their employment options in light of the unrest. Of Hong Kong’s seven-million population, around 650,000 are foreign residents in 2018 and this workforce grapples with shrinking and less appealing employment opportunities, especially in industries that have been battered by the unrest.

The retail, hospitality and aviation are the industries that have been directly hit by declining inbound travellers, according to Natellie Sun, managing director at Randstad Hong Kong.

Retailers, in particular, have taken a heavy hit, with sales falling 2.6% YoY in the first half of 2019, according to data from the Census & Statistics Department (C&SD). Retail sales are expected to fall between 3.7% to 8.1%, steeper than the sales decline brought about by the 2014 Occupy Movement, data from Moody’s show.

“The decrease in sales revenue may affect manpower, as companies will adjust sales projections and may no longer need full headcount to meet these new targets. However, this trend may be limited to the sales and customer services departments at this moment,” Sun told Hong Kong Business.

Expats who are already thinking of leaving Hong Kong may be considering Singapore as their next option, or choose to move back to their home countries, said Sun. “Companies that were planning to set up in Hong Kong may already be re-evaluating their decision and exploring other options around the region, such as Singapore.”

For foreigners employed in the banking, insurance, technology and real estate industries, however, it is still business as usual. Sun added that she has not observed any companies that have gone over and beyond to revise their employee packages in light of recent developments.

“We have not observed any changes to labour demands in these industries that can be directly attributed to the unrest,” Sun said. “Expats who have stayed in Hong Kong for a long period of time have called Hong Kong their home and are less likely to move or have a changed sentiment about this city.”

Hong Kong’s appeal to expats has long been challenged by the extremely high cost of living in the city fuelled largely by the meteoric prices of residential properties. The city is ranked as the world’s most expensive city for expats, beating Tokyo, Singapore, Zurich and New York in an annual study by Mercer.

Despite the summer of unrest, companies are adopting a wait-and-see approach, suggested Alex Martin, manager of financial services and legal at Robert Walters Singapore. “Both talent and corporates, in and beyond Hong Kong, are observing the situation closely but not making any major moves as yet,” he said. “We notice that there are more senior talent from Hong Kong who are keeping their options open, but we have yet to see a major shift in talent flow out of Hong Kong.”

It’s not easy to see why expats are staying put. Expat pay packages in Hong Kong are the fourth highest in Asia at US$276,417 last year, data from consultancy ECA International show. Overall packages grew US$7,902 since 2018 to reverse the slight drop in 2017 and this comes with an average cash salary of around US$86,000.

“Global and local firms are fully aware of the benefits of doing business in Hong Kong, as there is a high inflow of funds and investments, rich talent pool, as well as an attractive tax regime,” Sun said.

The city has managed to secure its place as the world’s third best financial centre, finishing only two points behind London, based on a ranking of the world’s financial centres by London think tank Z/Yen and the China Development Institute. Its firm human capital, infrastructure, business environment and financial sector development were to thank for its high scores. Sector-wise, Hong Kong topped the investment management sector worldwide, beating regional rivals Shanghai, Singapore and Shenzhen.

As foreigners decide to stick around, a survey of close to 1,000 Filipino domestic helpers in the city conducted by recruitment platform HelperChoice, also found that nearly half (45%) expressed worry about the protests but it was not enough reason to leave Hong Kong where salaries are often higher than in their home country. Filipinos make up approximately 200,000 of foreign residents in Hong Kong as of December 2018, according to data from the Immigration Department.

If expats are single and employed for a regional remit in a highly attractive field such as technology, they may want to stay as there are plenty of opportunities for them to grow professionally. “However, Hong Kong may not be the top expat destination for people with very young children at this moment”